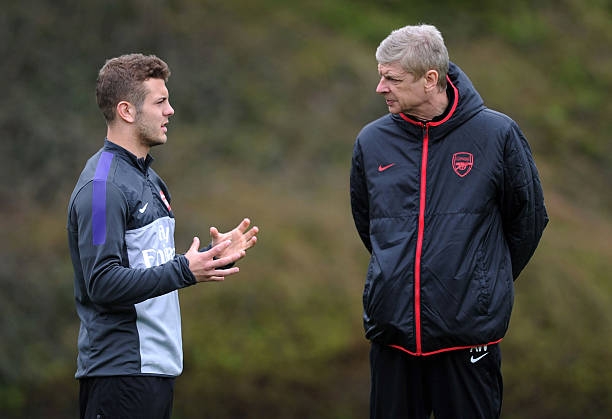 Jack Wilshere has faced a lot of challenges in his career at the Emirates stadium but the manager has issued out an interesting verdict on the player.

The English international has had chances limited this season as the player has not been getting chances in the English Premier Leagule but he will be hoping for a start in tomorrow’s match against Red Star Belgrade.

Arsene Wenger has issued out an interesting statement about how he treats Jack Wilshere;

“I manage him like any other player. the manager is quoted by MIRROR.

‘He doesn’t need special treatment.In the last three weeks, I treat him like any other player.”

Jack Wilshere is a fan favorite in North London and he has been since he made his breakthrough at the age of 17 as he has stayed in the gunners first team for about 7 to 8 years. The English international has faced a lot of challenges in his career with the gunners as he is usually not fit.

Arsene Wenger has been a long term admirer of the midfielder since he gave him a chance to show his talent at the age of 17 but he has always lamented that it disheartens him whenever he sees the midfielder getting sidelined for months but he says that he gets an injury free season this year.

Most football analysts and pundits say that it is Jack Wilshere’s playing style that makes him vulnerable for failing to get an injury free season but Arsene Wenger has always said he doesn’t believe in such comments and believes that his player is just only un lucky most times.

The gunners are welcoming Red Star Belgrade at the Emirates stadium tomorrow as they hope to keep up their home record of not registering a loss at their home ground this season.

EPL Legend Says What Wenger Has Done Best This Season