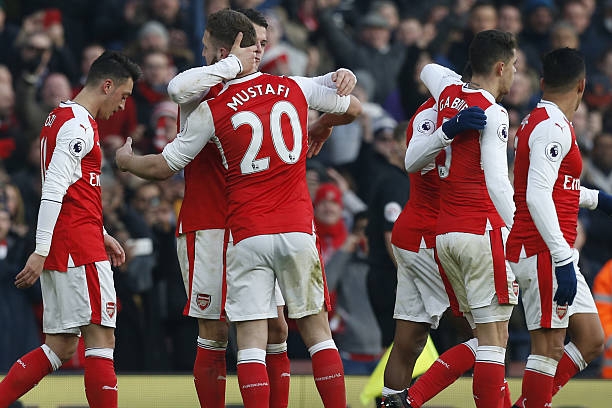 The gunners are welcoming Huddersfield Town at the Emirates stadium tonight as the gunners hope to maintain their position in the top four.

Arsenal have welcomed Huddersfield today in their bid to maintain themselves in the English Premier League top four. The lineup has not been announced but we have made our expected lineup and it consists of;

Note: This is not the official lineup but it is the predicted one made by our editors but there is a possibility it is the one we might see today.

We as ARSENAL TRUE FANS, we predict that the gunners will be winning 3-0 against Huddersfield Town today.