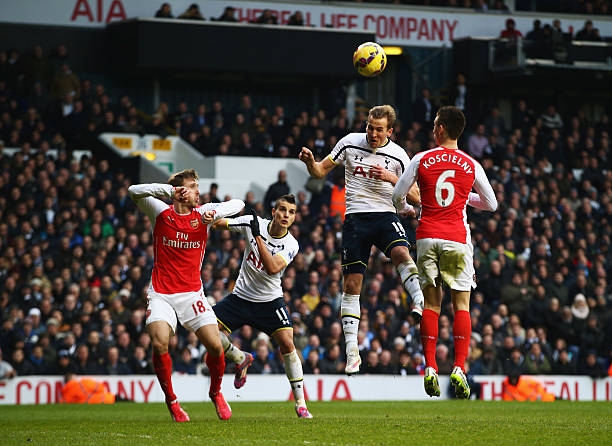 The gunners will be hosting Tottenham Hotspurs at the Emirates stadium in two weeks time as they hope to forget the massacre against Manchester City.

Arsenal will come into this match well knowing that they will need a win in this match because they are in debted to the fans after a poor performance against the citizen’s on Sunday.

The gunners have now received the worst news they would wish to hear after it has been revealed that Spurs star striker Harry Kane will be available for the North London derby as it has been confirmed by Tottenham Hotspurs manager Mauro Pochettino. Most gunners will not be happy about this news because the English striker is one of the players that has got a record for always scoring against the gunners in numerous occasions.

The Arsenal players have left London city to go and play for their respective countries and the international break will be looking over in two weeks from now but they will come into a big match against top arch rivals Tottenham Hotspurs who are currently on a good run.

This will be a must win for the gunners because it is the least they can do to get back the favour of the fans because most Arsenal supporters have started agreeing with the football pundits and analysts who have been saying that Arsenal is not among the title contenders for this season because of the way they have started the 2017/18 campaign.