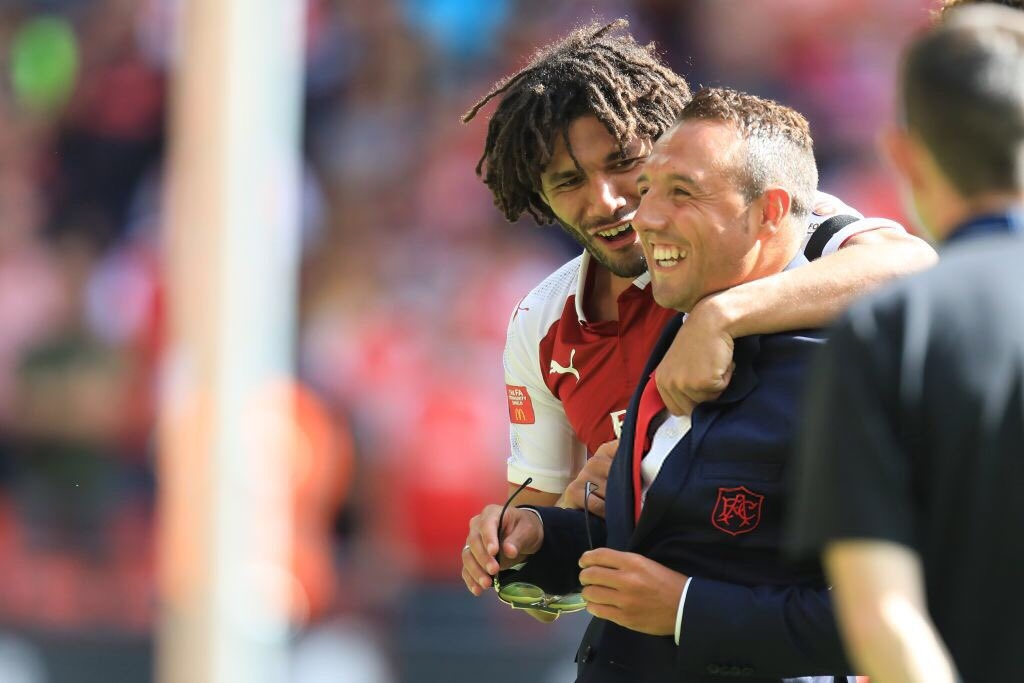 Arsenal midfielder Santi Carzola injury has gotten worse and everyone is getting worried that the player might quit football.

Sports publication Marca released some disheartening pictures which was followed by a report which said that the Spaniard was once at a risk of losing his leg due to severity of his injury.

Mohamed Elneny has taken to his official Twitter account to comfort his fellow teammate who is currently going in a harsh time.

The gunners have for long been a club that faces injuries which disturb their performance and stability of the squad. Most football analysts and pundits believe that Arsenal should fire all its medical specialists because they aren’t doing a great job.

Santi Carzola has been a top trusted player at the Emirates stadium and he is a fan favorite amongst Arsenal supporters because of his fantastic skilful playing style and his ability to boss the midfield.

Wenger Praises Matt Macey And Reveals Why Gave Him Chance