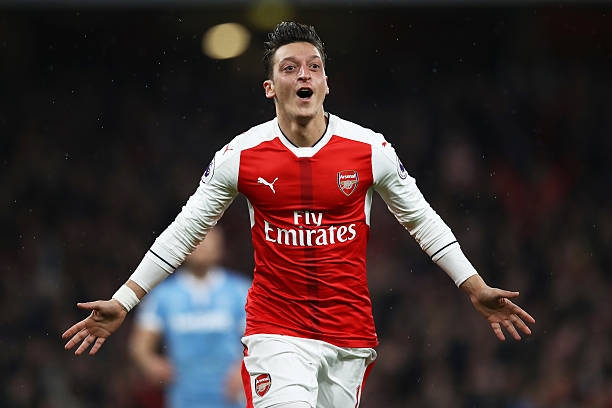 Mesut Ozil has only a few months left on his current contract terms with the gunners but Arsenal supporters pray that he puts pen to a new contract.

The gunners have started this 2017/18 campaign this season badly as they have been conceding a lot and have had embarrassing defeats like against Liverpool and some analysts say that players like Mesut Ozil who aren’t sure whether to stay or to leave at the end of the season.

There has been a report today by THE SUN which says that Mesut Ozil is ready to renew his contract with the gunners and this something which Arsenal supporters would have loved to know but the sane report also says that the German international wants the no.10 jersey stripped from Jack Wilshere as a condition before he signs a new deal.

Mesut Ozil is currently earning £150,000 a week at the Emirates stadium but the player also wants some increment on his current salary as part of the terms in the new contract. It isn’t known whether Jack Wilshere will agree to just let the No.10 shirt for his teammate because he just want to satisfy the former Real Madrid star’s demands.

Mesut Ozil has been at the Emirates stadium for four years now and the midfielder has been a great signing thus far as he has helped the gunners win three FA Cup trophies and he is even nicknamed “assist king” by most Arsenal supporters who believe that the German international has a great eye for setting up teammates to score.

The gunners will be hoping that Mesut Ozil signs a new contract and they would hope that Jack Wilshere accepts the demands of the attacking midfielder to give him the no. 10 shirt.

Arsenal To Make Move For A Goalkeeper In January