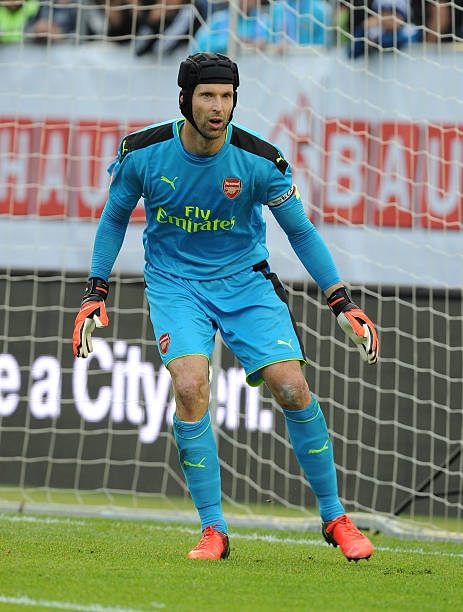 The gunners were in action last night but they were un fortunately outclassed by Manchester City hence losing 3-1.

The gunners are very disappointed with their squad after it showed a very poor display against arch rivals and most of them are also blaming Petr Cech for not making enough efforts to stop those goals from being scored.

Petr Cech was also very disappointed with the performance showed by him and the entire squad revealed how he thinks Arsenal lost.

“I thought that at 2-1, when we just got back into the game, that we were in it. The keeper told arsenal.com

‘We had time to search for the equaliser but the third goal obviously made a huge difference. ’ the player added with a disappointed face.

‘At 2-1 the game was going on and we had some good passages of play where we could have put them more under pressure and searched for the equaliser.”

This defeat comes after the gunners had showed signs that they are slowly recovering from the embarrassing defeats against Liverpool and Watford. Many football analysts and pundits have for long been urging Arsene Wenger to dispose off Petr Cech because he is old and lost his touch but it seems the manager is well contented with the player amidst the criticism.

Arsenal was linked with a huge number of players in recently concluded summer transfer window but none of them was goal keeper which means the cries from the fans for a new keeper might not fruit because Arsene Wenger isn’t ready to spend for a new goalkeeper yet already has two mature ones and a youngster.

The gunners have overreacted so much due to yesterday’s loss against Manchester City and some have started saying that it is best if Matt Macey becomes promoted as the first choice goalkeeper because they think he might be able to save a penalty which Petr Cech has never done since he joined Arsenal.

Iwobi Speaks About His Deepest Regret On City Match

Arsenal Lineup Against City And Reactions