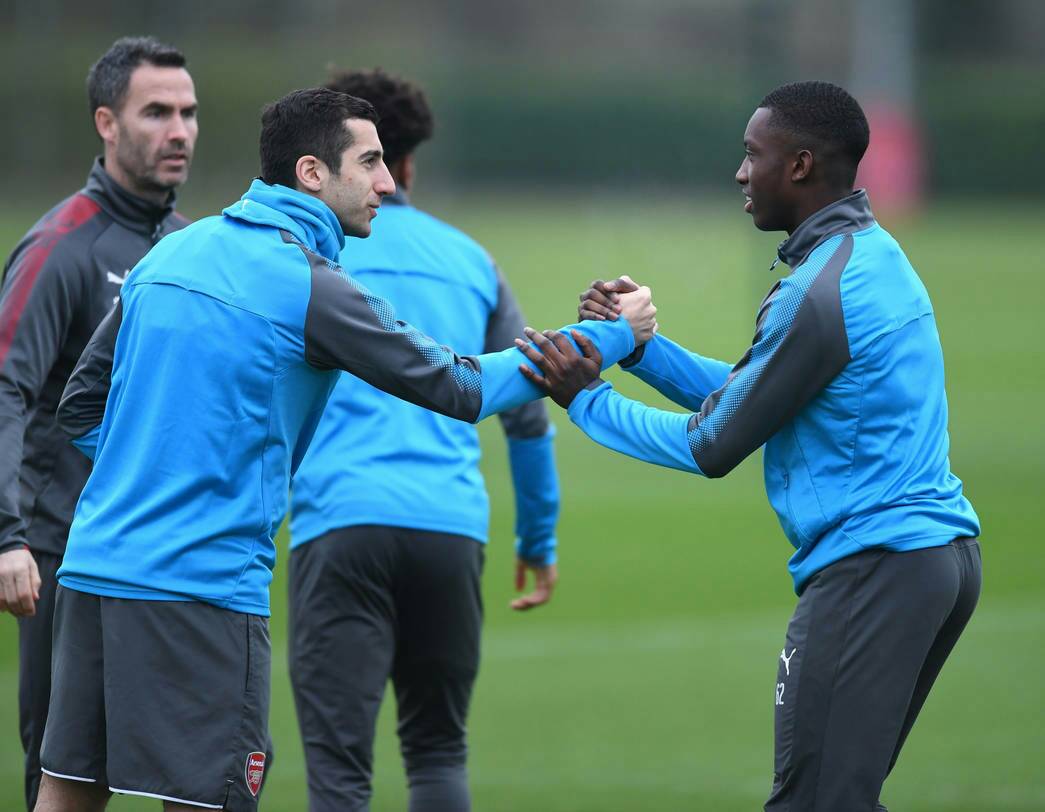 The gunners are taking on the bluestonight hoping to win this 2nd leg of the EFL Cup / Carabao Cup in order to reach the cup competition.

The gunners will un fortunately be without their new star Mkhitaryan won’t take part in the match today because he is cup tied, he already played in the Carabao Cup for another team.

Our team of editors have arranged an expected lineup based on the current player news and quotes from the manager.

We expect the gunners to lineup as below;

GK: Ospina: The manager might decide to start the keeper ahead of Cech due to demands of the fans.

CBS: Koscielny and Mustafi: The gunners will surely start with these two because it is an important and top match.

FULL BACKS: Bellerin and Sead: These two have showed that they are both great on the wings in the back.

DEFENSIVE MID: Elneny and Xhaka: These two rarely start together but they might do this time.

ATTACKING MID: Ozil,Iwobi and Wilshere: These three are all attack minded so they will be given starts in today’s match.

Striker: Lacazette: The record signing surely can’t miss out on the semi finals.

The gunners will be without a number of players like Aaron Ramsey, Nacho Monreal and Olivier Giroud who are still nursing their injuries up to now.