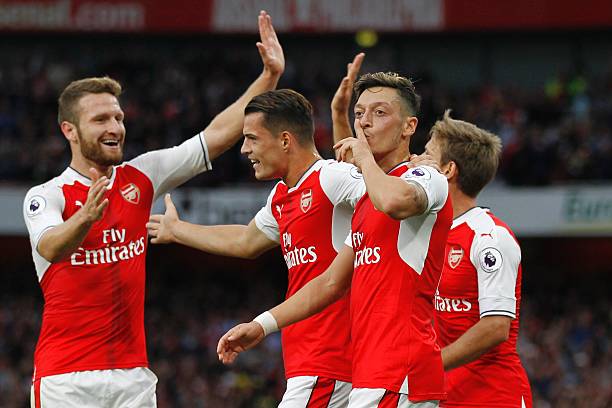 The gunners are facing the blues today at their home ground as they hope to make a fantastic entrance to 2018 by beating Chelsea today.

The gunners will be hoping to collect all the three points in today’s London derby because they are falling out of the pecking order which is very bad if they have dreams of playing in the UEFA Champions League again next season.

Arsenal Face Chelsea tonight in a highly awaited match with everyone wishing to see who wins. The gunners provisional squad Vs the blues has been revealed and there are some big names missing;

The gunners will be without Sead Kolasinac who is still nursing a knock he had to his ankle in the match against West Brom Albion and even Aaron Ramsey and Olivier Giroud are both still on the sidelines as they recover from hamstring injuries as Nacho Monreal is out with an ankle injury.

Thiery Henry Reveals One Of His  Best Moment, Gooners Will Love It

Bellerin, Per And Holding Reactions On Tomorrow’s Match