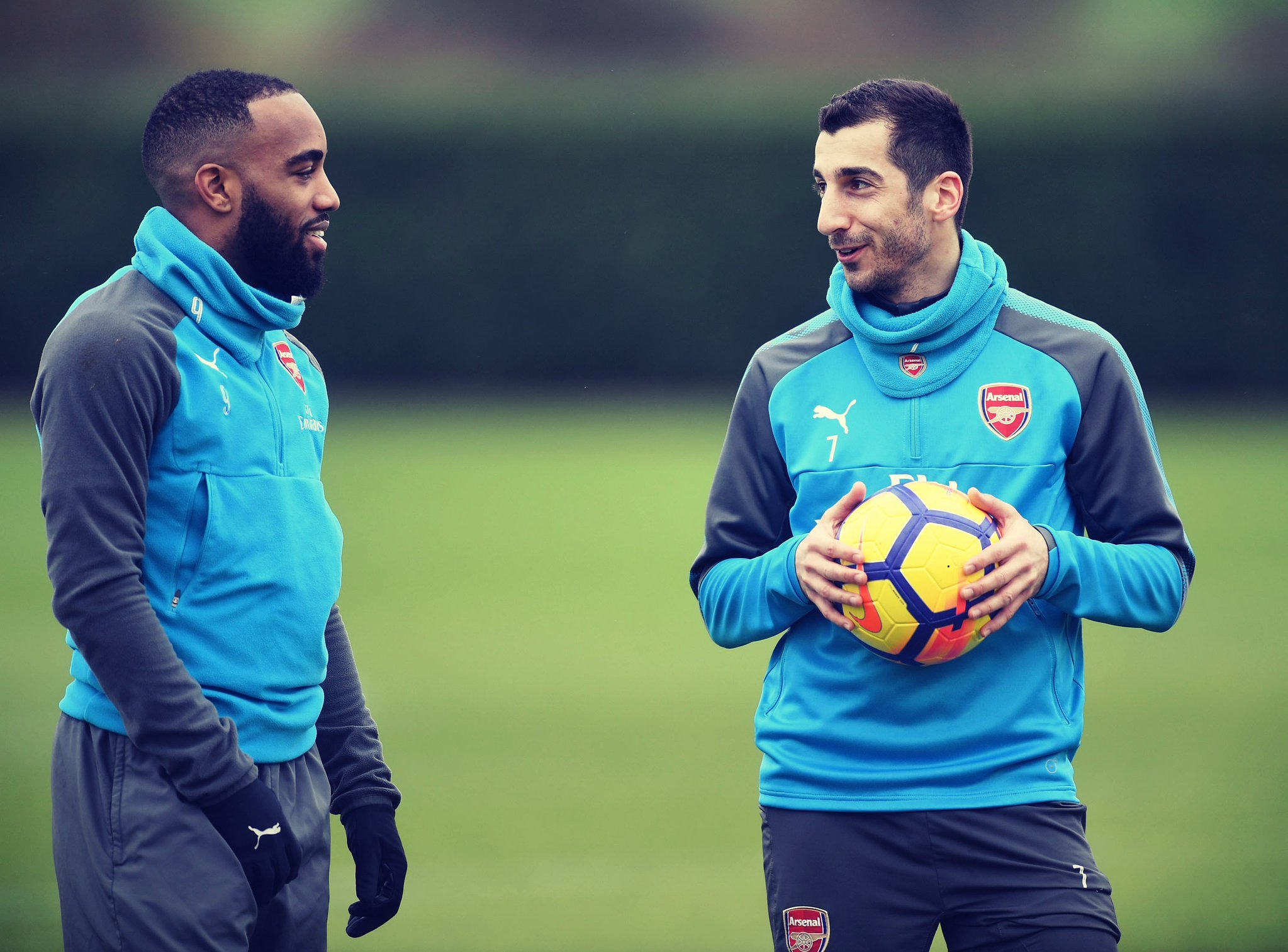 The English Premier league comes back this week and the gunners will be facing Swansea City tomorrow as they hope to get closer to the top four.

The squad paid a visit to the Arsenal training centre, the London coloney which has been their training place for a long time. The team trained as they hope to get in shape before they face Swansea City tomorrow.

The gunners are expected to finally feature their new attacking midfielder Mkhitaryan in tomorrow’s match.

The gunners have spent many weeks without making a step into the top four of the English Premier League which is very surprising and it would be bad for a top club like the gunners to miss out on the UEFA Champions League for the 2nd time in a row.

Ozil,Xhaka And Lacazette  Reactions On This Match