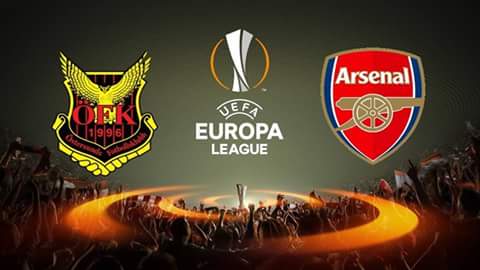 The gunners are taking on Ostersunds tonight in Sweden as they begin their Europa League round of 32 first leg.

The manager travelled with a strong squad because he says that there are no longer in group stage matches so they must take these serious and by this, he even brought along Mesut Ozil to Sweden.

The gunners travelled without their star striker Aubamayeng who isn’t eligible to play in the Europa League because he has already played in the same competition with a different team.

Analysis: Should Ospina Start Ahead Of Cech In Carabao Cup Final