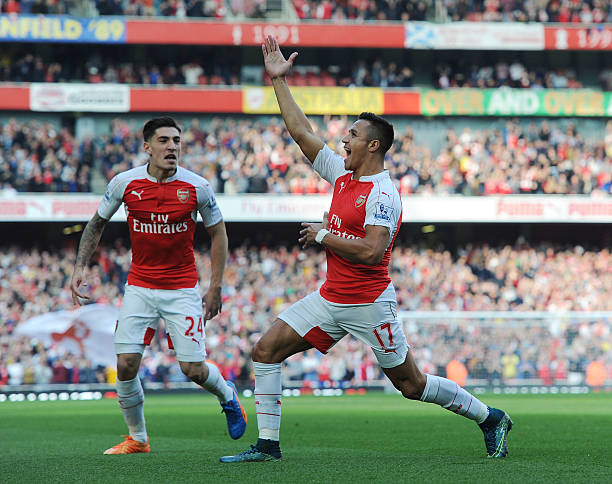 The gunners made business with the Red devils and exchanged their star Alexis Sanchez for Mkhitaryan in the January transfer window.

Hector Bellerin has been of the most close players to the Chilean international who recently decided to leave the Emirates stadium this year and he says that Alexis Sanchez is a fantastic player, the player said;

“He demands from everyone, sometimes it can be too much. The great thing is he wants to win, to give 100%.’ the Spanish is quoted by EXPRESS SPORT.

‘This season maybe things weren’t going as well for him but I truly believe he was giving 100%.”

The Spanish right back says that the Chilean international was giving his all when he was still a gunner, a response which he is. forwarding to the Arsenal fans who said that the player had already made decision to leave and that was playing un willingly.

Alexis Sanchez has always been known as a player that is usually desperate to win, score and gain success and that desperation might have been the reason he left because he thought of Arsenal as a drowning boat.

Henry Tells Wenger What Should Be His Main Aim This Season