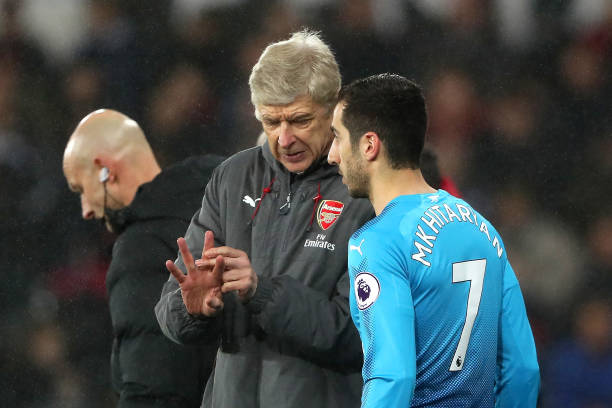 Mkhitaryan travelled with the rest of the team to Sweden and the midfielder was given a start against Ostersunds, and had a fabulous performance.

The gunners signed the Armenian international this season in the January transfer window after making a swap with the red devils and the player has fit in well into the Arsenal Team because he is hugely trusted by Arsene Wenger.

Mkhitaryan has given some advice to his manager by saying they should take all matches seriously, here is what he said;

“We have to focus on every game regardless of this result to .ensure more success.’ the player is quoted by METRO SPORT.

‘Even with the League Cup final, I think we have to play with the same team and win at home.”

Arsene Wenger has not revealed whether he will be looking to rest some of his players on the final of the EFL Cup ( Carabao Cup) because most managers do that but not when it’s a final. The French manager has never won this competition in the two decades he has spent at Arsenal.

Read: Arsene Wenger On If Will Rest Players In Ostersunds 2nd Leg

Wenger On The Performance Of Mkhitaryan Against Ostersunds