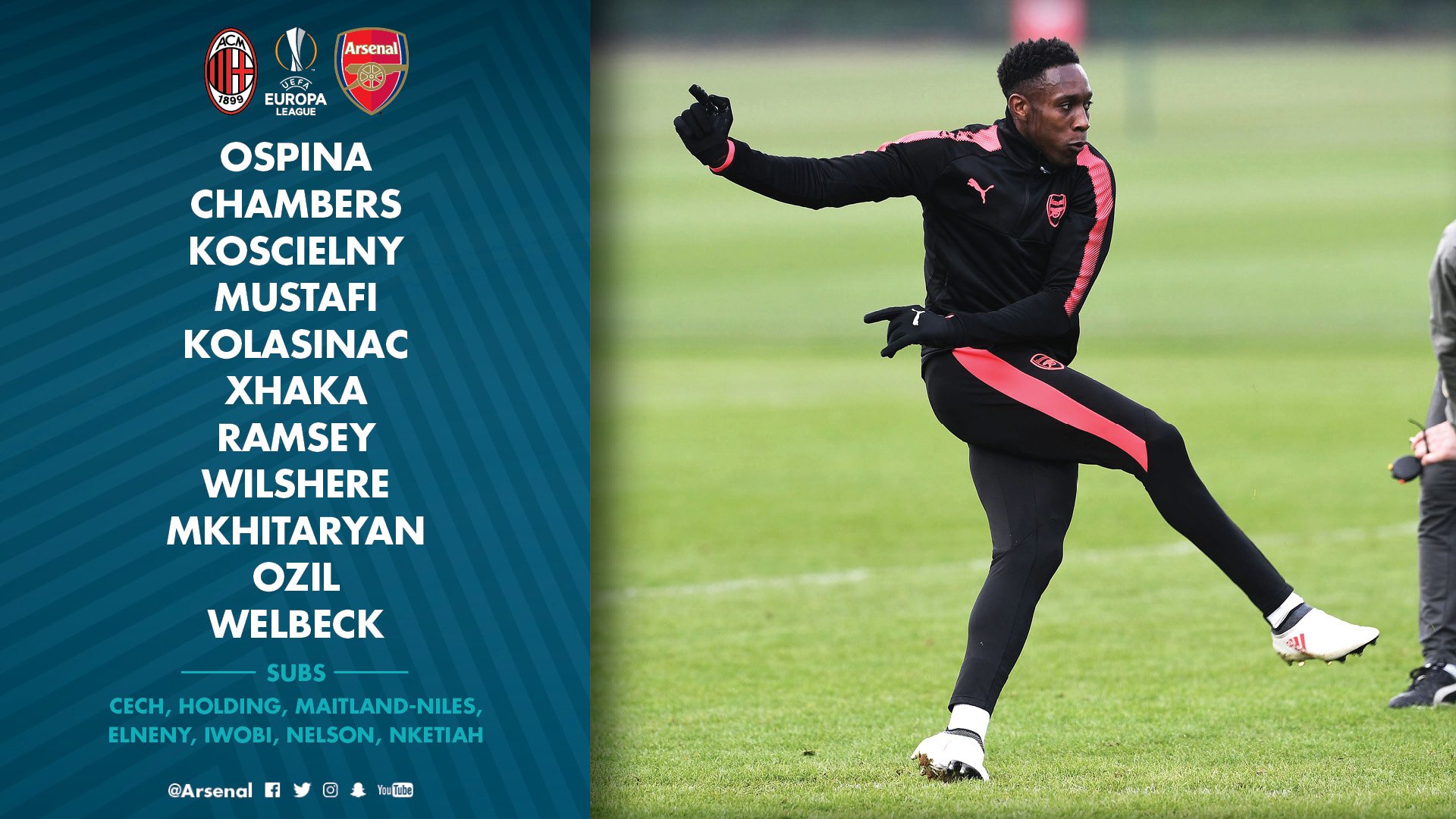 The gunners will be taking on AC Milan today at the San Siro stadium hoping for a win in order to end their current poor form of four consecutive losses.

The gunners travelled to Italy to face their Europa League round of 16 opponents and they are playing the first leg of this stage away from home. The Arsenal lineup to face the Italian club has been released and here is it;

Most football analysts believe that the gunners shouldn’t be afraid of the Milan club because it isn’t great as it was before in the past decades where it was competiting with top clubs like Barcelona but it has also lost it’s rhythm over the years just like Arsenal.

Koscielny Makes His Say On The AC Milan Match