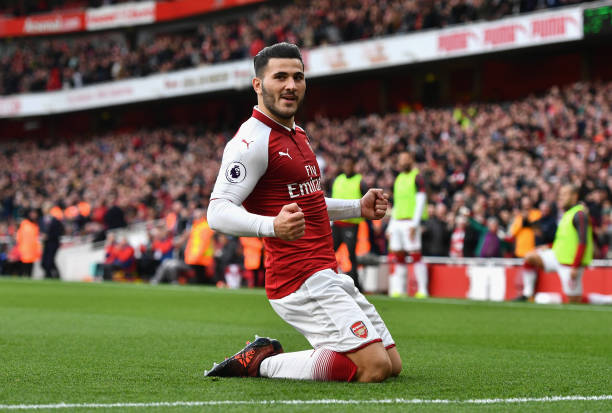 The gunners signed Sead Kolasinac in the summer transfer window for free because he had ran out his contract at his previous club.

The Bosnian international shined for the gunners right away in the Community shield match against Chelsea which he scored the equalising goal against the blues but his form since lowered and is among the under performing players at the Emirates stadium nowadays.

English Premier League legend Gary Neville has criticised the left back and says that the player needs help because he doesn’t know how to move his feet.

“Kolasinac needs help,his problem is that he can’t move his feet’ he told Goal.com

‘Against City, every one of their players can. So when they change the direction or a quick combination around him, he’s struggling badly.”

The gunners have been under performing in the recent past few weeks and it seems the defense of Arsenal is also at fault because they conceded 6 goals against the same team in two matches which is pretty embarrassing.

The gunners have always been a team that usually ruins the future of their star player by losing trust in them with perfect examples being Joel Campbell who was a great player but lost the favour of Arsene Wenger so it seems the Bosnian international might be going the same path.