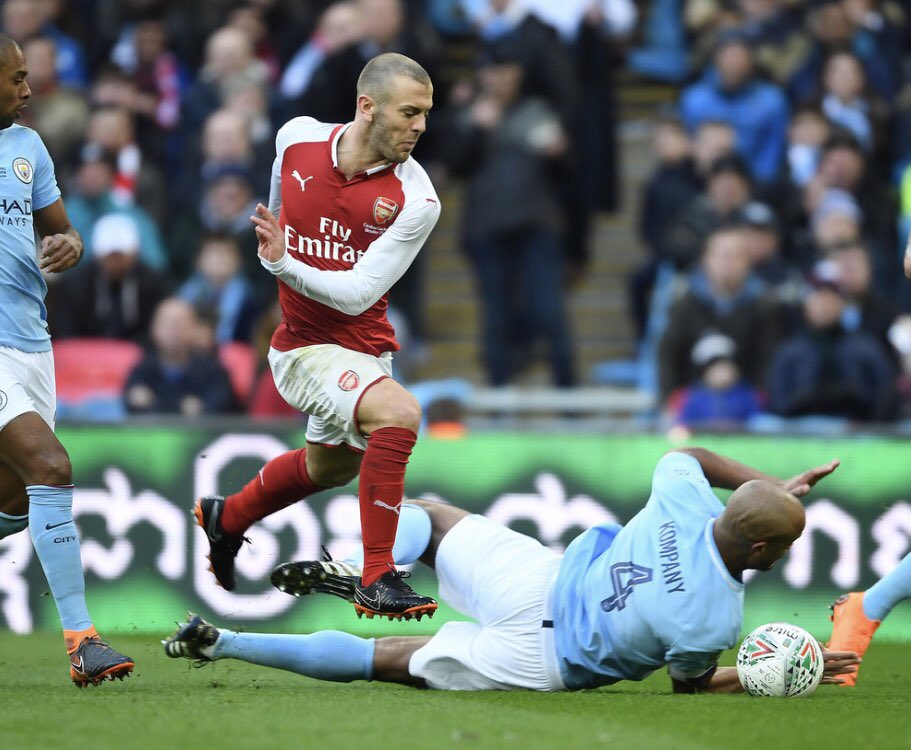 He’s back from loan and injury a much fitter and balanced player and has put in a number of eye catching performances of late, but negotiations with the player are at a crucial stage.

I have it on good authority that the sticking point is due to the contract  extension offer being appearance based. No doubt , Jack Wilshere‘s catalogue of injuries have made this an area of concern because of a series of long lay off’s and periods of recovery, but can Arsenal afford not to resign the fans favourite home grown prodigy ?

Well , the Answer to that is yes. They already have targets in mind including Lyon‘s Nabil Fakir and they know that if the Wilshere refuses the offer , it will appear to be his decision and not the way the club has made it almost impossible for him to resign.

Despite all the positive vibes from the manager , Wilshere’s advisors are less than impressed by Arsenal‘s position and are telling the player to consider his options wisely.
Wilshere has struggled for so long to become a part of the North London clubs first team and just because he is now impressing the majority , apart from Roy Keane , the deal is now very much up in the air and has been since the negotiations started in December last year.

Football clubs can manipulate these situations quite easily with their well oiled publicity machine but now that the story is reaching  its climax , this new revelation shows it in a new and slightly devious context.

Jack Wilshere is an Arsenal man through and through and it will be gut wrenching for him to leave but the way things are , he will have little choice.

Of course there will be offers , lots of them , from the premier league and aboard but it may well leave a sour taste in the mouths of Arsenal fans who have seen the clubs English core diminish to such an extent that it isn’t visible anymore.
What does this say about Arsenal’s academy at the moment ? Well, quite a bit . It suggests that like Mourinho , when he was a Chelsea , the pressures of the premier league make it almost impossible to blood young players.

A few have made it through like  Alex Iwobi but you couldn’t exactly call him a regular because Wenger has no idea what his best team is with the players that he has at his disposal.

You have to also assume that if Cazorla was fit , Wilshere wouldn’t even get a game.

Wilshere is no bodies fool and even he must know that in the Arsenal midfield , if everyone is fit , opportunities may not be exactly plentiful.
So we await the conclusion of these negotiations in a pessimistic frame of mind , knowing that in the summer , Arsenal will need up to 5 new additions and that at least one midfielder will come through the doors.

In that case , Wilshere would be well advised to go elsewhere because it appears the club are orchestrating his exit and preventing him from achieving his full potential.

Arsenal Have Lost Their Way, Kroenke Needs To Go