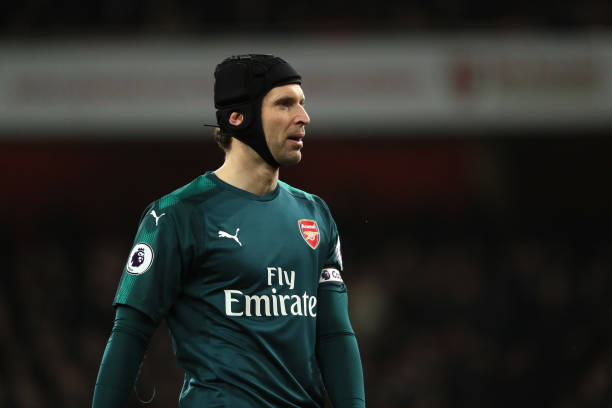 The gunners missed out on UEFA Champions League football this season after they failed to reach the top four of the 2016/17 season in the English Premier League.

The North Londoners are currently playing in the Europa League which is way below in football trophy rankings than the UCL. The gunners will likely not finish in the EPL top four again because they are now in the 6th position with the top four teams above them with more than 6 points which is worrying.

Arsenal goalkeeper Petr Cech thinks that they still got a chance of playing in the Champions League next season because they are still in the Europa League because someone who wins Europa automatically qualifies for UCL.

“Thanks to the result in Milan we are in a good position to reach the last eight of the Europa League then you carry the chance that you might qualify for the Champions League.” Cech is quoted by MIRROR SPORT.

The gunners will now need to first beat AC Milan tomorrow at the Emirates stadium but will come into this match with a lot of confidence because they are leading with 2-0 on aggregate.

Mesut Ozil Reveals Why He Decided To Stay At Arsenal