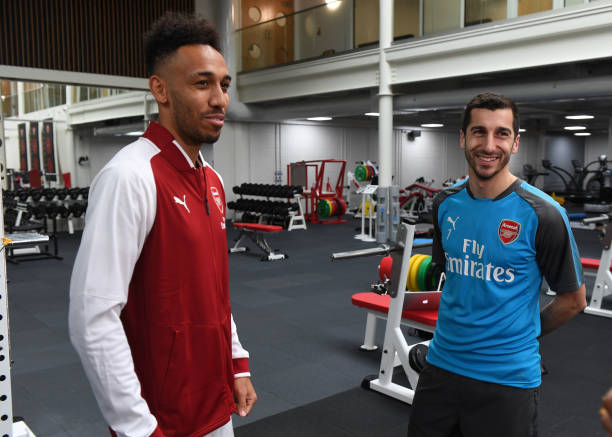 The gunners finished off the January transfer window well as they brought in two stars, Aubameyang and Mkhitaryan who have now become new fan favourites due to their amazing combination.

The two were once teammates in the past when they were still playing in the German Bundesliga for Borussia Dortmund and were very un stoppable as they formed a great combination with both of them always linking up with each others.

Shkodran Mustafi has however said that a team is not just about a pair only but a whole team play;

“Obviously they’ve known each other for a long time, but football isn’t about one pair, or three players playing together.’ Mustafi told Arsenal Player.

‘We need to find more solutions as a team playing from the back up to the front and through the whole team.”

This wasn’t a bad comment from the German defender but just wanted to clarify on what he thought about the two.

Great News: Lacazette Back In Training