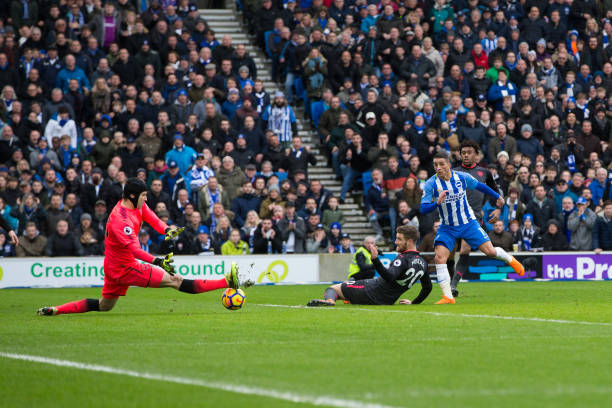 The gunners started Sunday’s away tie against Brighton & Hove Albion with their first choice goalkeeper Petr Cech but the Czech Republican international was no match for the attackers of the home side.

The Czech Republican international was also very frustrated with the loss just like everyone else, the manager, fans and players and the goalie feels a little bit guilty for conceding two goals yet he was trusted by Arsene Wenger to guard the goal line of Arsenal.

Petr Cech says it is the first time he has lost many matches in a row but he believes that he will get through it as he has always done in the past;

“Yes, because I have done it before and it’s the first time I lose so many games on the trot in my life.’ said Cech telling arsenal.com.

‘I believe in our quality. Until now, I always managed to do that [solve problems] and I still believe that I can do it.”

According to the statement from the goalkeeper, he is trying to sympathize with the fans because he believes that him and his teammates have failed them.