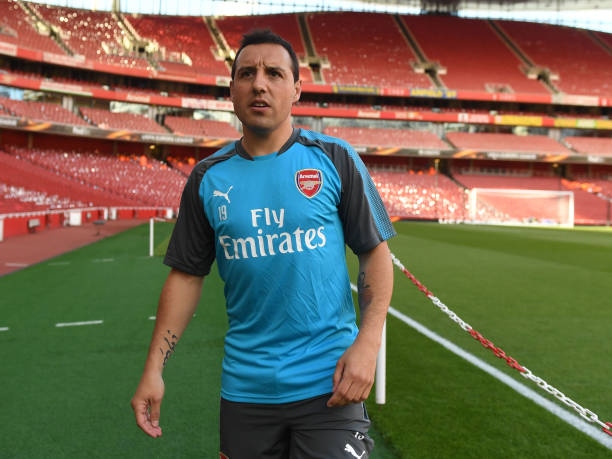 Santi Cazorla just came back from a tough knee injury which had kept him from playing football for 18 months hence missing almost two seasons while receiving a pay check from the gunners. It seems it is time for the player to go as his contract expires at the end of this season and just like the other players with their contracts running out, the club is quiet.

Arsenal signed Santi Cazorla from Malaga on 7th August, 2012 and he has made great impact to the club in the 6 years he has spent at the club as he has played against role in their last three FA Cup triumphs winning over the hearts of the fans who like him so much due to his skillful playing style.

It was however revealed on a Spanish TV channel that LA liga club Villarreal want to bring back the midfielder and that it’s complete, just that an official announcement hasn’t been made;

“It is all but official that, although it has not been completely confirmed by the club, Santi Cazorla will spend pre-season next season – well, this July as we are already there – with Villarreal.” said the TV reporter Mónica Marchante telling the viewers.

Santi Cazorla has a few weeks before his contract with Arsenal expires and they were rumours that he was going to be offered a coaching role at the Emirates Stadium beside Mikel Arteta but it looks like the Spanish international is still interested in playing football so that’s why he is back to the Spanish LA liga.

Arsenal To Announce Mikel Arteta As Manager This Week