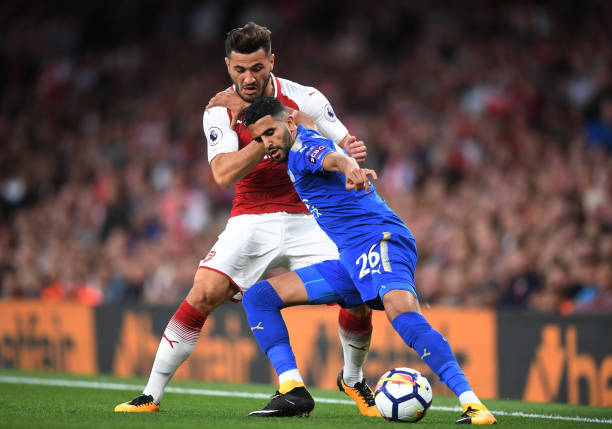 Riyad Mahrez has been Arsenal’s transfer target for a very long time starting with the year he won the Premier League with Leicester City but the gunners failed to convince the Algerian international to leave the King Power stadium in the past.

It has however been reported by the Express that the midfielder is now ready to join the gunners in the summer transfer window after snubbing Manchester City who have also been interested in him for a long time so he will be hoping to expect an offer from the North Londoners in the coming months.

Riyad Mahrez has a house in the English capital so it would be convenient to him to move to the gunners than going to Manchester City to stay in the Manchester City but that won’t be a main reason where he chooses to go, the midfielder wanted to go to Manchester City in the January transfer window but his move was blocked by Leicester City who overpriced him so that they keep him at the club.

Mahrez is an outstanding player that would some creativity in the current Arsenal squad but they already have many players who do that and the supporters have continually been urging the club to make fixing their broken defense set up their main transfer objective because the gunners have under performed this season especially due to poor defending.

Arsene Wenger is the manager that wanted Riyad Mahrez at the Emirates Stadium so it will be up to the next Arsenal manager to decide whether he reignites the interest in the Algerian international.

Wenger Reveals His Stand On Choosing His Successor