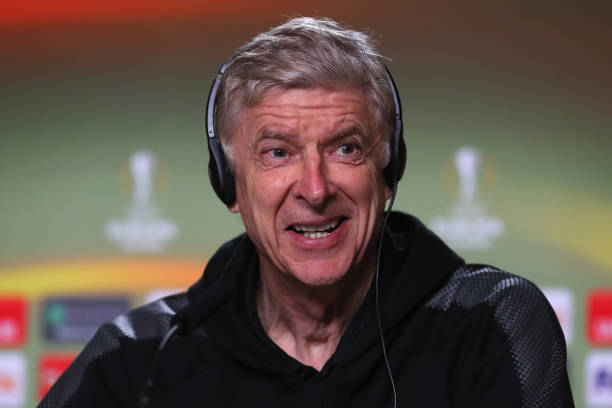 The gunners face Atletico Madrid today and they will need to score against the Spanish team to qualify for the Europa League finals but most football analysts believe it won’t be easy because Diego Simeone’s have a great defensive home record.

Every Arsenal supporter, player and even the manager understand that the team has to win the Europa League at all costs because they want to get back in next season’s UEFA Champions League as well as getting some trophy which their fans can be proud of for this 2017/18 campaign. The gunners welcomed Atletico Madrid at the Emirates Stadium last week on Thursday and made a 1-1 draw with them, and this result is a big disadvantage to Arsenal because the Madrid club has got an away goal.

Arsene Wenger has a press conference yesterday evening and was asked on what he thinks about the defensive record of Atletico Madrid;

“The history has to stop somewhere, that is what we will try to do. In the first game, we created chances but we didn’t manage to put them in the net. ’ Wenger told Arsenal.com

“We have to keep the same commitment, not focus too much on where we play, just how we attack and build the game up from the back.”

Atletico Madrid have not conceded a goal in 11 home matches this season so Arsene Wenger will be looking to see his squad win against them to prove the football analysts who think that Arsenal won’t be able to do so.

Arsenal Legend Reveals What He Told Wenger After His Announcement