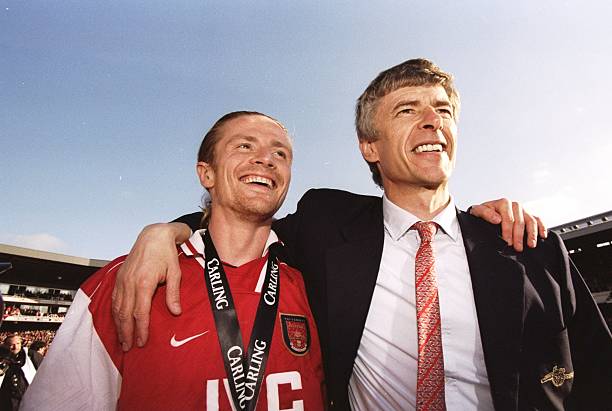 Arsene Wenger announced that he will be resigning at the end of this season a few weeks ago and this has come as a big surprise to many in the football world.

Arsenal Legend Emmanuel Petit was one of Wenger’s top players in the past when the gunners were still dominating the Premier League and he said that he believes that the French manager made a ‘wise decision to leave the Emirates Stadium before his contract expired.

The legend says that he wasn’t surprised by the announcement but says that he thinks that Arsene Wenger will possibly get a new better job but not as a manager else where.

“I told him it was a wise decision to leave the club, I said it was about time. ’ the legend told Daily Mirror.

“I can see him managing a whole club, not a director. PSG is very interested in him, they need a profile like Arsene Wenger.”

Emmanuel Petit believes that Wenger will go to a big club even though he has been quiet on what his plans are but it’s a bit clear that he won’t be retiring from football now hence showing that he is going to be receiving offers from different clubs in the coming weeks.