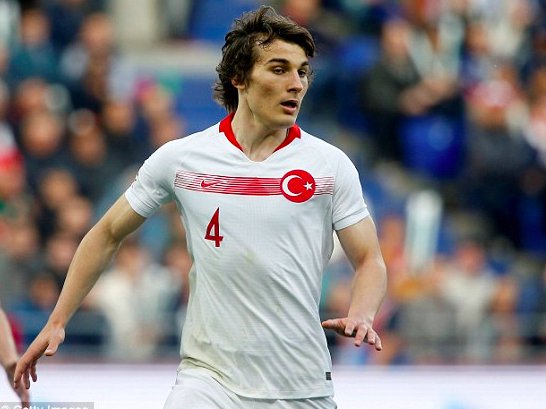 Arsenal have so far completed two signings so far and the gunners were also linked with Freiburg defender Caglar Soyuncu who has now confirmed that he is interested in a move to the Emirates Stadium.

Arsenal have so far signed a right back and a goalkeeper but it is reported that Unai Emery still wants to add one more defender to his squad this summer and are even linked with Borussia Dortmund’s Sokratis Papastathopoulos but Caglar Soyuncu has sent a come get me plea.

The Turkish international says that the gunners are one of the options he has and says that he wants to go there.

“Arsenal are an option and I want to go there but i have more 3 years on my current contract and everything depends on club.” the player told Turkish publication Gunes.

It is reported that Arsenal’s head of recruitment Sven Mislitant scouted Caglar Soyuncu and that he would urge the club to sign him if a chance opens up because he is a versatile defender after helping Freiburg escape being relegated from the Bundesliga last season.

Arsenal’s new boss Unai Emery was given just £70million to spend on transfers this summer but depending on the pace of the players they gunners are linked with, the club will have to sell one of its players if it was to sign all its transfer targets since they have shown concrete interest in most of their transfer targets.