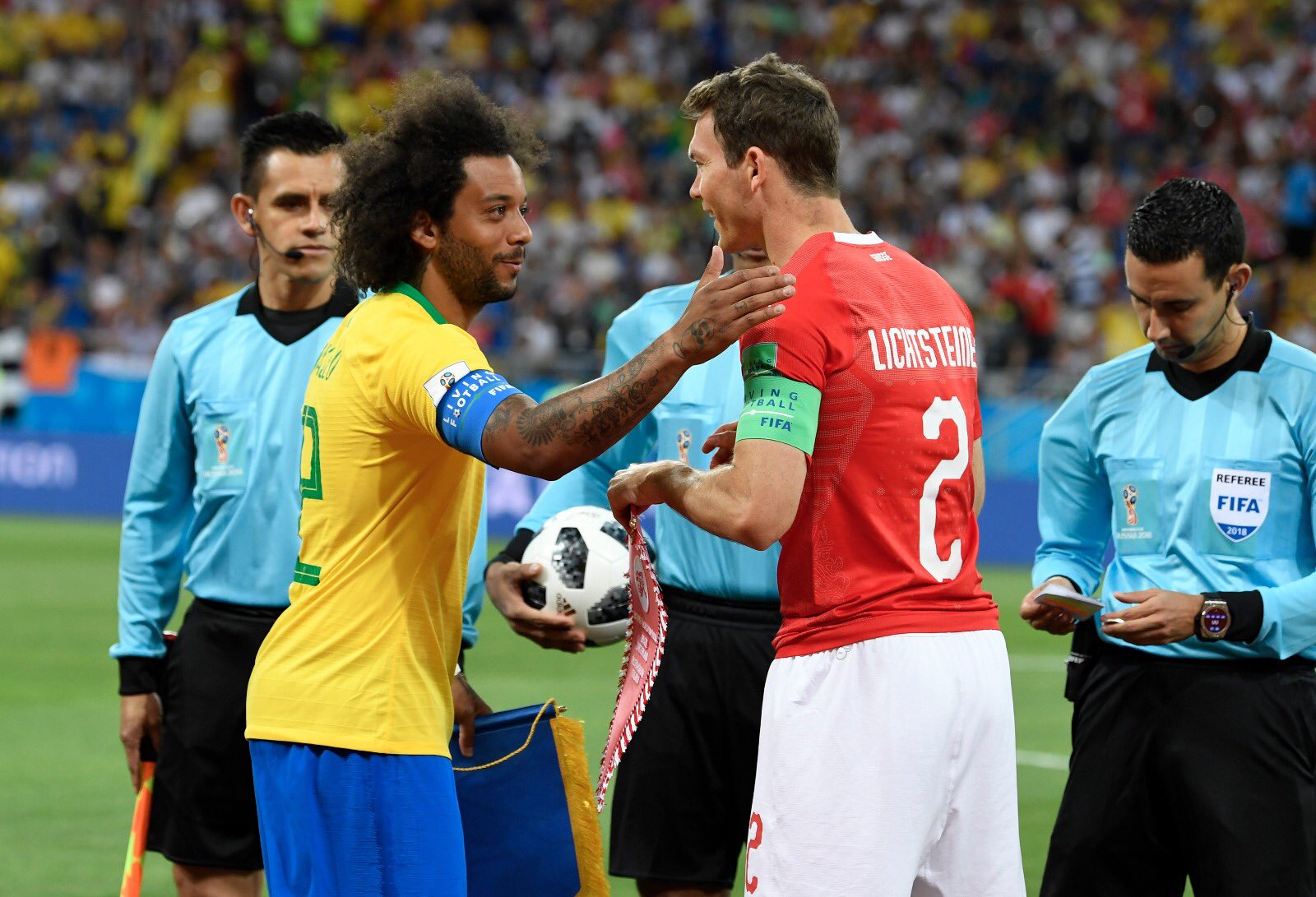 ( Stephan Lichtsteiner In Action For Switzerland )

Arsenal fans watched the World Cup match of Brazil Vs Germany because they wanted to take a look at how their new signing Stephan Lichtsteiner performs and they indeed must have been impressed.

The old defender was dominant in the Swiss defence last night as they held Brazil who have one of the best squads to a 1-1 draw and the Arsenal fans observed how their new signing Stephan Lichtsteiner controlled Neymar who was unable to get past him on most occasions.

Arsenal fans on Twitter for excited and started sharing their excitement about the performance of Stephan Lichtsteiner so we have picked you some of their tweets.

Can we just take a moment to point out “past it and old” Stephan Lichtsteiner kept neymar quiet for 86 mins!! What a buy @MrDtAFC

Stephan Lichtsteiner emptying his pockets after the match this evening #WorldCup2018 pic.twitter.com/2wRFv3kVjR

can’t wait to get stephan lichtsteiner into the arsenal defence. what a soldier. a bit of a bastard too. perfect.

Stephan Lichtsteiner ha had a really good game against Neymar.

The Arsenal fans seem to have enjoyed his performance especially him frustrating PSG star Neymar and they hope that he can do the same next season when playing for the gunners.

Related Topics:ArsenalBrazilStephan Lichtsteiner
Up Next