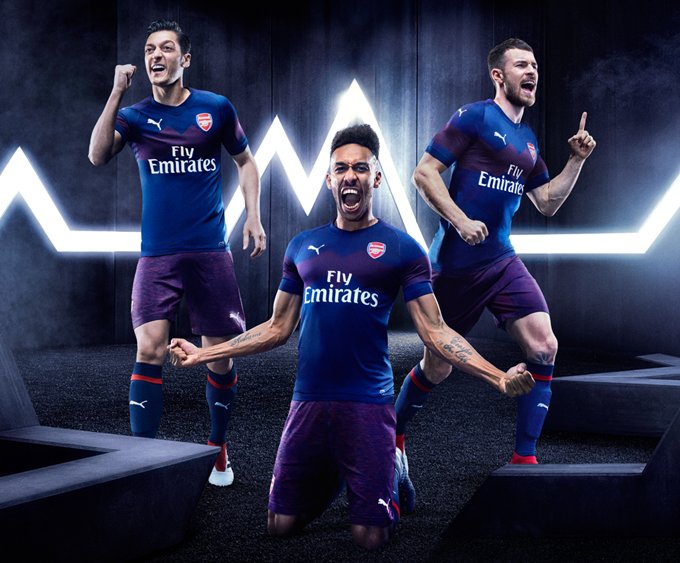 Arsenal has today un veiled their 2018/19 away kit which they will be using next season and it’s very different from the one used last season because they were wearing light blue themed kits.

The Arsenal kits have been designed by PUMA for the last time since their deal with them ends at the end of next season with reports suggesting that Adidas has struck a big money deal with the North Londoners and the supporters are seconding because they have criticized the club’s current sponsors for the kits they have made over the years.

Arsenal released their away kit with a promotional video posted on their official Twitter account, the video casts of Reiss Nelson, Hector Bellerin and Pierre-Emerick Aubameyang.

Presenting our 2018/19 @pumafootball away kit

The reaction of the Arsenal fans towards the new kit has been bizarre as some have called it disgusting because of its design. The prices of the new kit are very expensive as usual!

You can see the full details on how you can buy the new away kits via the club’s official online shop here.