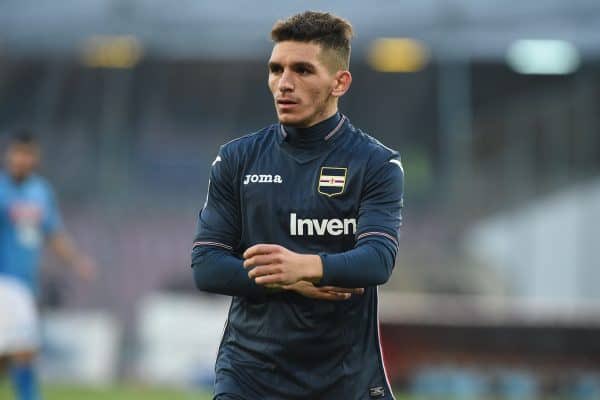 Arsenal have so far signed two players in this summer transfer window and the English club is not yet done as its working on the next project which is reportedly signing Sampdoria midfielder Lucas Torreira.

Arsenal are linked with the Uruguayan international for some weeks now and are reported to have reached an agreement with the with the Italian club to sign the defensive midfielder. The gunners have been pretty busy in this transfer window as they have been linked with several players but are completing the deals one by one.

Sampdoria President has accidentally confirmed the departure of their player live on TV after the statement he made which could have possibly meant that only the official statement is left to be made by both clubs.

“Torreira has left for €30milllion, I brought him from Pescara when no-one believed. We bet and won, paying just €3million, the money that comes in is used to keep the club going. ” said Sampdoria President Ferrero talking at an Italian TV.

It seems the gunners won’t be waiting long before the club makes its third signing because the arrival of Lucas Torreira could be announced today even though he is in Russia in international duty for his country Uruguay.

Meanwhile, Arsenal have completed the signing of Bernd Leno from Bayer Leverkusen and the new manager has applauded by the supporters for completing transfers earlier than Arsene Wenger who they say used to delay in acquiring new players.

Lucas Torreira will become Arsenal’s third signing and will be followed by Sokratis Papastathopoulos from Borussia Dortmund making it four signings for Unai Emery in this summer transfer window.