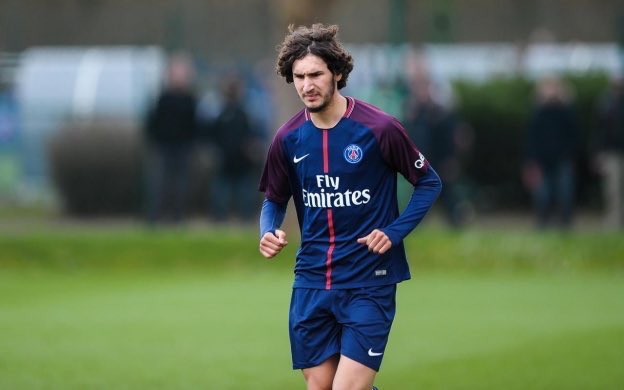 Arsenal have increasingly been linked with Paris Saint Germain starlet Yacine Adli who a report from RMC claimed that the midfielder was in London to complete his move to the Emirates Stadium but there hasn’t been any update ever since then.

There were reports last week that the gunners were interested in the youngster and with Sven Mislitant leading in the negotiations to bring him to Arsenal since the North Londoners want to develop him to a star but Yacine Adli has rubbished off all those transfer rumours via Instagram.

It seems he has a change of heart in leaving PSG because it was believed that he was in London but he today posted on Instagram saying the following;

“You have no idea what you’re on about” a location tag was also on the post which indicates that the young star is now in France, not in London as reported last week.

Here is a picture of his message on Instagram but it’s not in English but translated above.

No one knows whether the gunners did indeed make a move for the young Frenchman but if they did, the deal has collapsed because of the player because the gunners were ready to pay the compensation fee of £223,000 to Paris Saint Germain to bring him to the North London club.

Related Topics:ArsenalPSGYacine Adli
Up Next

Revealed: Why Arsenal Not Announcing Signing Of Sokratis Papastathopoulos