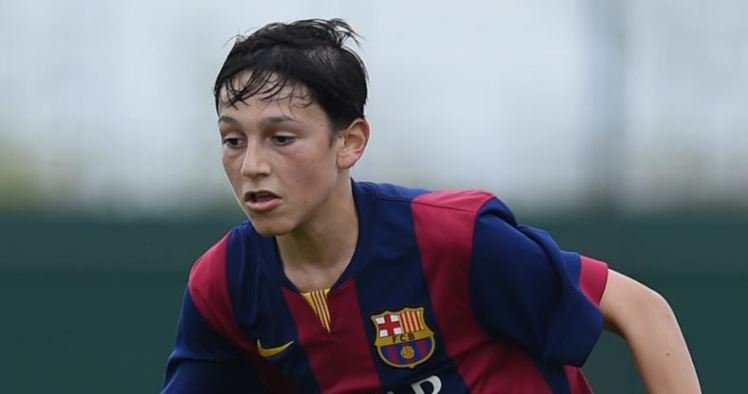 Arsenal has signed Barcelona youngster Joel Lopez on what is rumoured to be a scholarship deal which means the player would sign a professional contract once he turns 17-years-old next year.

Arsenal has not officially announced the arrival of the Spanish talented player took to Instagram to show that he has joined the gunners as he updated his Instagram bio with it saying that “Football Player At Arsenal”, he has removed it this evening for un known reasons but you can see the picture below showing his profile with Arsenal in the bio before he took it down.

The youngster joins the list of players like Hector Bellerin and Cesc Fabregas who also departed the Spanish giants when they were still young to join Arsenal and this could be because the gunners have a good history of developing young talented players into stars.

The message he wrote reads ‘when translated to English’.

“The day has come to say goodbye to what has been my house these last 7 years.” he wrote.

“Thanks to Barcelona, ​​it will be the club that I always carry in my heart for wonderful moments that I have lived with my Companions, Fisios, Coaches, Delegates, Executives .. Magnificent people who have made me feel welcome from the first day.”

“It was a difficult decision but after contemplating it with my family I made the decision to go and start a new stage as a footballer with great enthusiasm. Thanks to all who have been there always Visca Barca!”

Related Topics:ArsenalBarcelonaJoel Lopez
Up Next