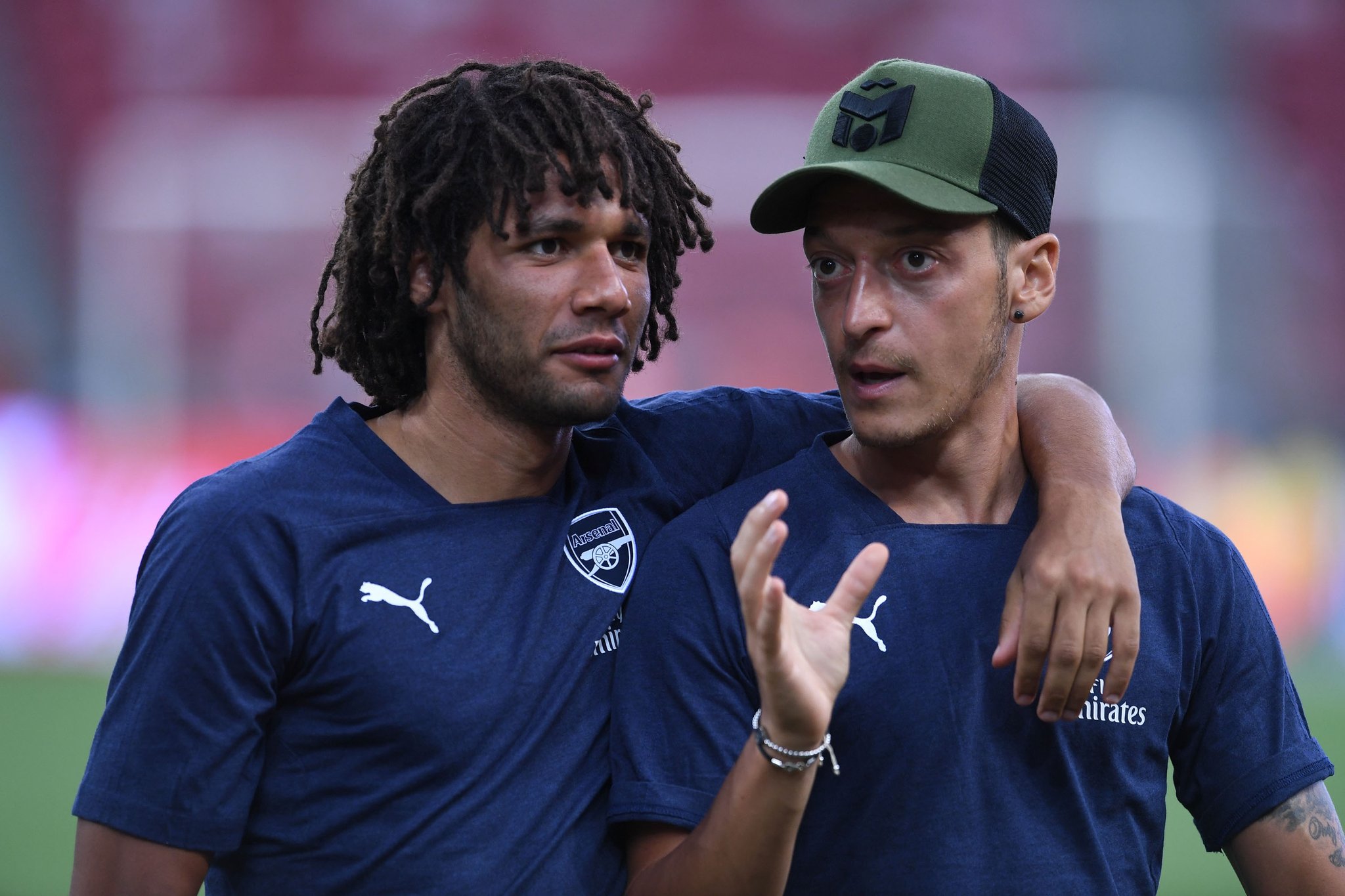 The match between Arsenal and Atletico Madrid will be starting in a few minutes from now but the club has confirmed that some of the players won’t take any part in the match because they just came begun pre-season training.

Mesut Ozil, Alex Iwobi and Mohammed Elneny won’t be taking part in this match because of their participation in the FIFA World Cup which made them to return at the back a bit late than the rest of the Arsenal squad, the club confirmed this via their official twitter account.

❌ We won’t see @ElNennY, @MesutOzil1088 or @alexiwobi on the pitch tonight – the trio are still in the early stages of their pre-season training@emimartinezz1 is also not included on the bench this time out#ICC2018 pic.twitter.com/Rqnff03cpc

“We won’t see Elneny, Mesut Ozil or Alex Iwobi on the pitch tonight – the trio are still in the early stages of their pre-season training.”

“Emilliano Martinez is also not included on the bench this time out.”

The manager also decided to leave Emilliano Martinez from the squad and some Arsenal fans were disappointed about this because one replied that, ‘What will Martinez have to do to get a spot, I hope he’ll feature on Saturday tho!”

The Arsenal fans will be hoping that these four stars be available when the gunners take on Paris Saint Germain in the coming days.