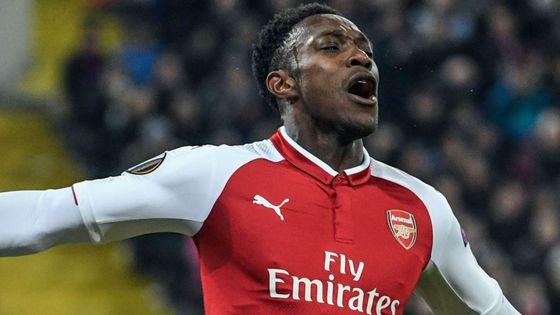 The new Arsenal manager Unai Emery has made an outstanding impact in the summer transfer window signing Lucas Torreira, Stephan Lichtsteiner, Bernd Leno and Sokratis Papastathopoulos for a joined total of around £70 million and this has put Danny Welbeck’s future at Arsenal in the air.

With the look of things the boss will like to trim down his squad prior to the addition of more players joining the team.

Furthermore, Daily Telegraph report that Welbeck’s future at the Emirates Stadium is under risk. The 27-year-old began just 12 games in the Premier League last season and showed up from the bench as well a few times.

The England international has such an awful game time due to his injury spell and he is running out of contract at the Emirates which has put a question mark over his future at the North London even  though he is one of the Arsene Wenger’s favorites.

The forward, who joined the Gunners from Manchester United for £16m in 2014, is now on vacation because he’s one of the Three Loins’ squad that went for the just concluded World Cup in Russia.

Related Topics:ArsenalDanny Welbeck
Up Next