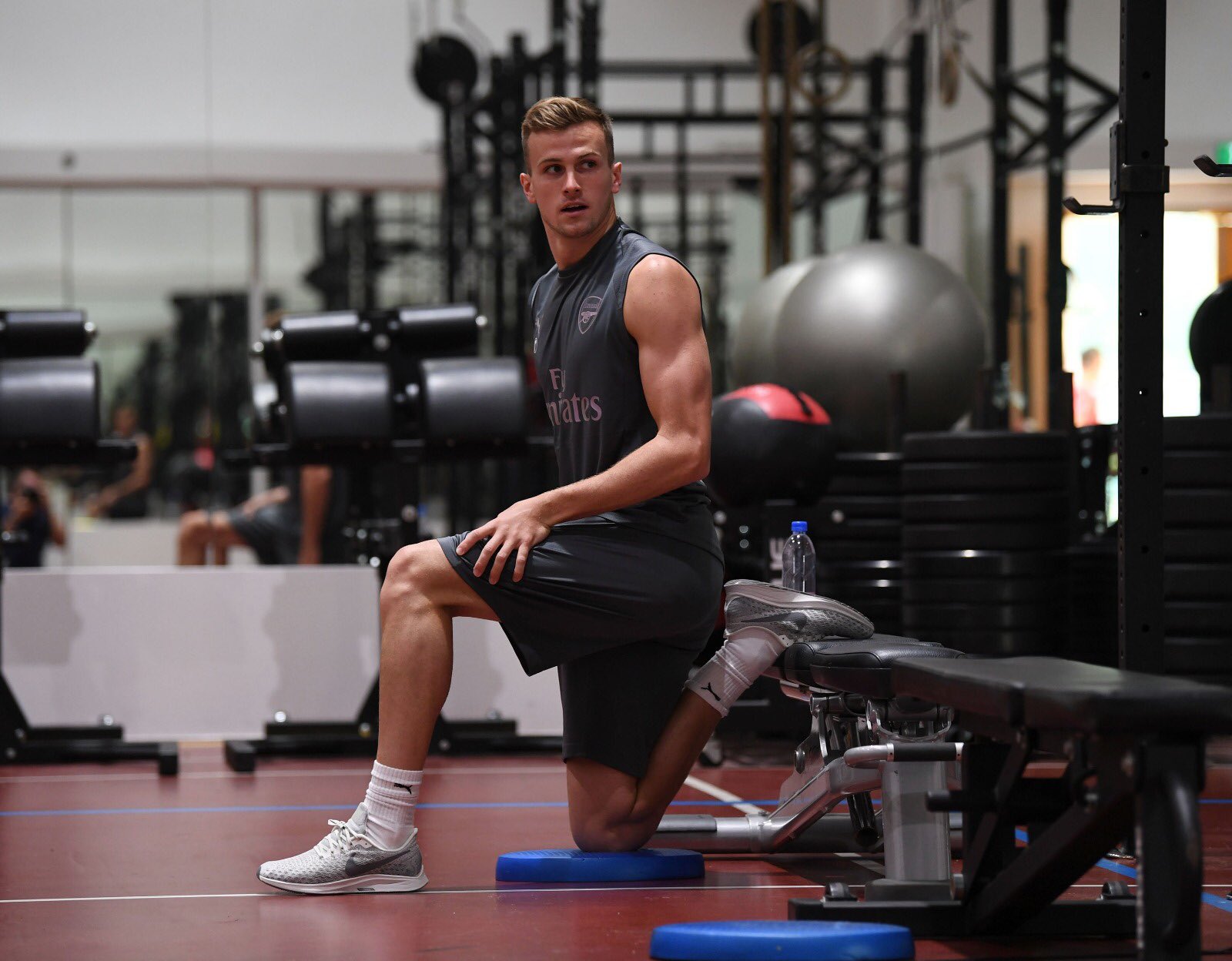 The Arsenal squad travelled to Singapore on Sunday and Rob Holding was among the selected players that will take part in the three matches which the gunners will play there in the coming days.

The Arsenal squad has already begun preparations for the Pre-Season competition and Unai Emery has organised his squad for a training session today as they get in shape ahead of their upcoming match against Atletico Madrid which is just two days away.

Rob Holding has however proved to Arsenal’s new manager Unai Emery that he isn’t just a centre back as he scored a goal in training with a beautiful back heel which will have Certainly caught the attention of Unai Emery.

The defender took to Instagram to show his followers the goal he scored in training and you can watch it below.

Rob Holding will be hoping to get more chances on the pitch in the upcoming season as Unai Emery will choose a player who will partner up with his new signing Sokratis Papastathopoulos to the young Englishman will face competition from only Shkodran Mustafi since Laurent Koscielny is out until December.

Related Topics:ArsenalRob Holding
Up Next