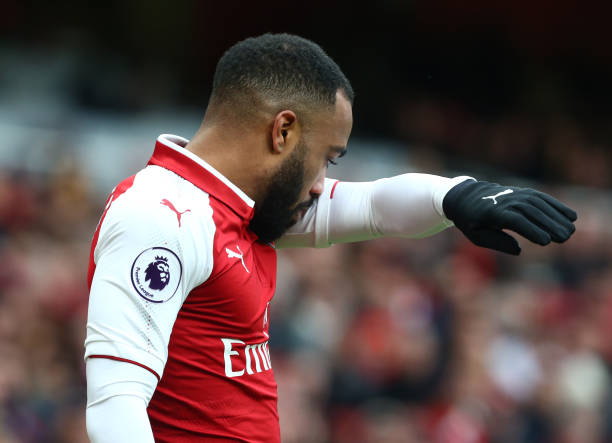 It’s now been two days since the gunners got defeated by Chelsea at the Stamford Bridge despite the remarkable come back by Arsenal but this loss has raised criticism on some players of Unai Emery.

Arsenal started off Saturday’s match with less intensity and the blues took this opportunity to oppress the gunners, and succeeded because they scored two goals in just twenty minutes but the gunners equalised thanks to goals from Alex Iwobi and Henrikh Mkhitaryan.

The second half was all Chelsea because the West Londoners controlled the match and Arsenal’s boss Unai Emery brought in Alexandre Lacazette to try to improve his attack line since the gunners were no longer making any attacks towards the opponent’s goal.

Lacazette however turned to defending because Chelsea didn’t give them any breathing space and Arsenal legend Ian Wright has slammed the French international on being sloppy, hence causing the third goal which the North Londoners conceded. Speaking at the TV programme, Match of the Day, Wright blamed the striker.

“If you watch Alonso, he is right on the periphery but once he goes past Lacazette you are really hoping Torreira might see him and pick him up.” said Ian Wright.

“He does not pick him up and when you consider how Arsenal get back into this game, how it started for them and how they got back into it, it really was quite a sloppy goal to give away, in respect to Lacazette’s poor play.”

Alexandre Lacazette will not be happy with the statement by the Arsenal legend but he will be hoping to improve on his performance in Arsenal’s next match if Unai Emery finally gives him a chance to be in the starting lineup.

Arsenal players have for long faced criticism from Arsenal legends, mostly Mesut Ozil but the German international slammed them once and they no longer make comments on him like in the past.