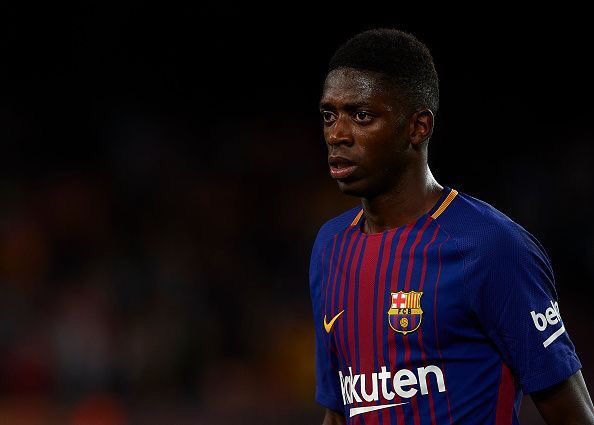 The transfer rumours linking Ousmane Dembele to Arsenal just can’t end as current reports say that the gunners have made one last offer to Barcelona for the French international as Unai Emery strengthens his team ahead of the new season.

The gunners have made five signings this summer and Arsenal’s manager Unai Emery has even said that his mind isn’t thinking about transfers but on their match against Manchester City but luckily the manager has Sven Mislitant who is the head of recruitment at the Emirates Stadium so he will be handling everything related to transfers.

Catalan newspaper Mundo Deportivo claims that the gunners have requested Barcelona to let them get Ousmane Dembele on a loan fee of £8.9million with a mandatory clause to make the deal permanent next summer so the gunners would have to pay £80.3million in the 2019 summer transfer window.

This comes after Ousmane Dembele was seen with four Arsenal players in London with most believing that he was there to complete his move to the Emirates Stadium but nothing has been made official up to now. Currently, the Barcelona star is in Spain and has started training with some of his Barca teammates despite reported interest from Arsenal.

It is understood that Arsenal’s head of recruitment Sven Mislitant is very close to Ousmane Dembele after having been the person that brought him to Borussia Dortmund in the past so the Arsenal supporters will be hoping that he uses that relationship to convince him to joining the gunners.