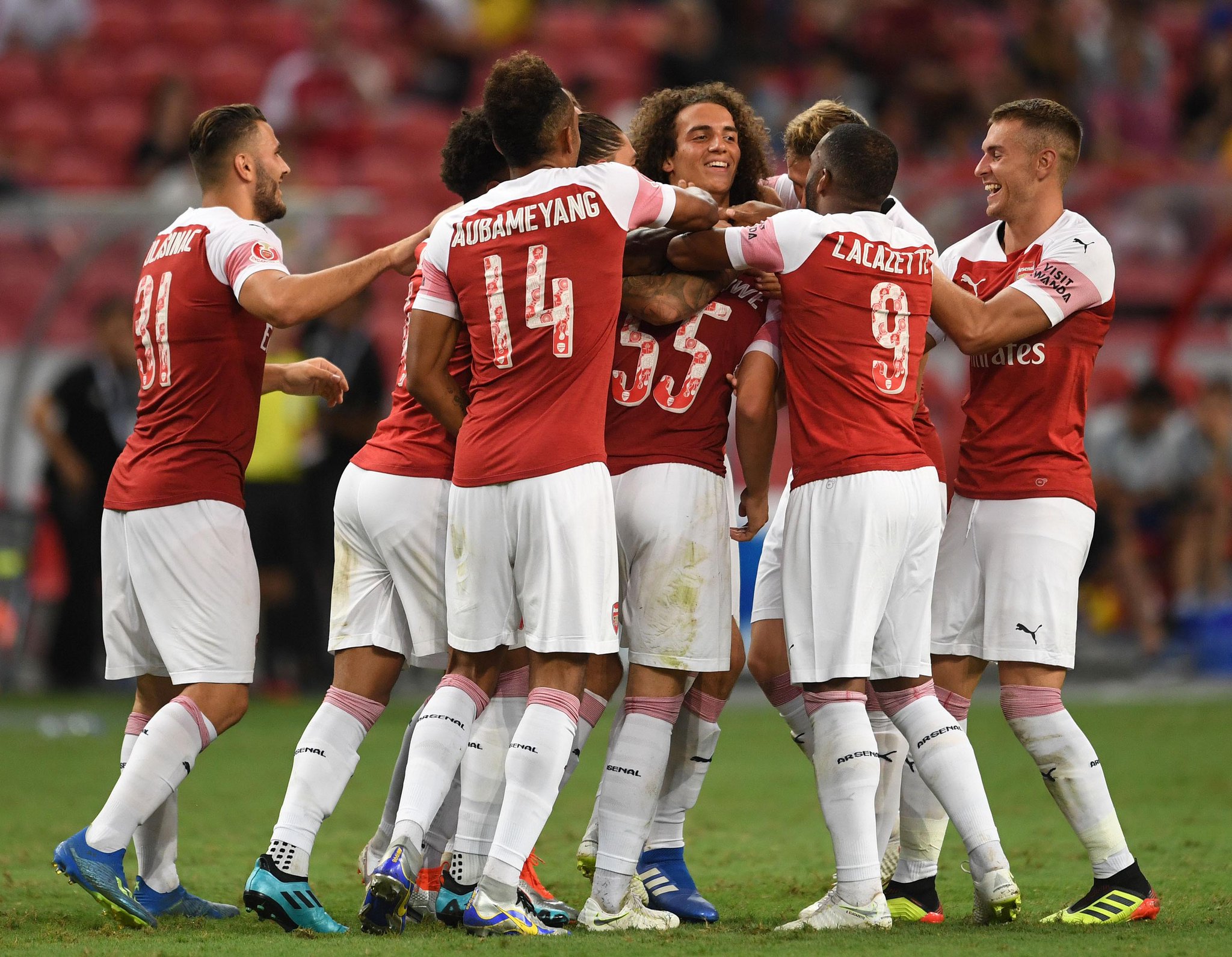 Arsenal will face their arch rivals Chelsea today in a friendly match at the Aviva Stadium in Dublin as their International Champions Cup campaign continues and are so far with one loss and a win in the pre-season tournament.

This will be an opportunity for the Arsenal fans to finally take a look at their new squad against a Premier League team as they make final preparations ahead of their upcoming season which will be their first campaign without Arsene Wenger who quit at the end of last season.

The club recently returned from Singapore after playing two matches against Atletico Madrid and Paris Saint Germain but they have now left London again to travel to Dublin where they will be facing the blues who are also under a new manager, Maurizio Sarri who replaced Antonio Conte who was sacked.

Arsenal didn’t release the squad which will face Chelsea tonight but it is likely that the squad that went to Singapore is the same which has gone to Dublin but with this time the team being fewer than the one that went to the Asian country. Unai Emery will be hoping to get a win today because getting a win against Chelsea will make him get closer to the Arsenal supporters because they will enjoy beating their neighbors even though it will just be a friendly.

The gunners will play against Chelsea twice this month, one today and the gunners will be facing the blues in the coming weeks because they will be their second opponent they face in the 2018/19 English Premier League.

Arsenal Vs Lazio Match Preview And Where To Watch