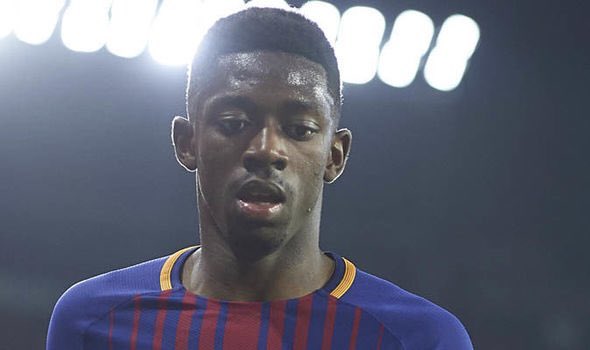 Arsenal has been linked with Barcelona star Ousmane Dembele in the last seven days as we get closer to the end of the summer transfer window but the player has himself confirmed  that he is happy at Barca despite the interest from the gunners.

Many reports claimed that Unai Emery was plotting a loan deal with Barcelona for Ousmane Dembele because the manager wanted to have a world-class winger in his squad ahead of the upcoming season and this got the Arsenal supporters excited because they believe that the French international would be a great signing for the new manager.

It is however been reported by Marca that Ousmane Dembele appeared on an online gamer FM_Guru’s Twitch stream and that he was asked questions on his future, with him replying that;

“I’m staying at Barcelona and I’m ready to play the Spanish Super Cup.”

This comes as disappointing news for Arsenal supporters who were hoping that the winger was going to come to the Emirates Stadium, there were also reports that the gunners wanted to make a swap deal with Barcelona which would have seen the Spanish club getting Aaron Ramsey and the gunners getting Ousmane Dembele.

Unai Emery has even already said that this week will be about getting ready for their match against Manchester City and not about signing new players.