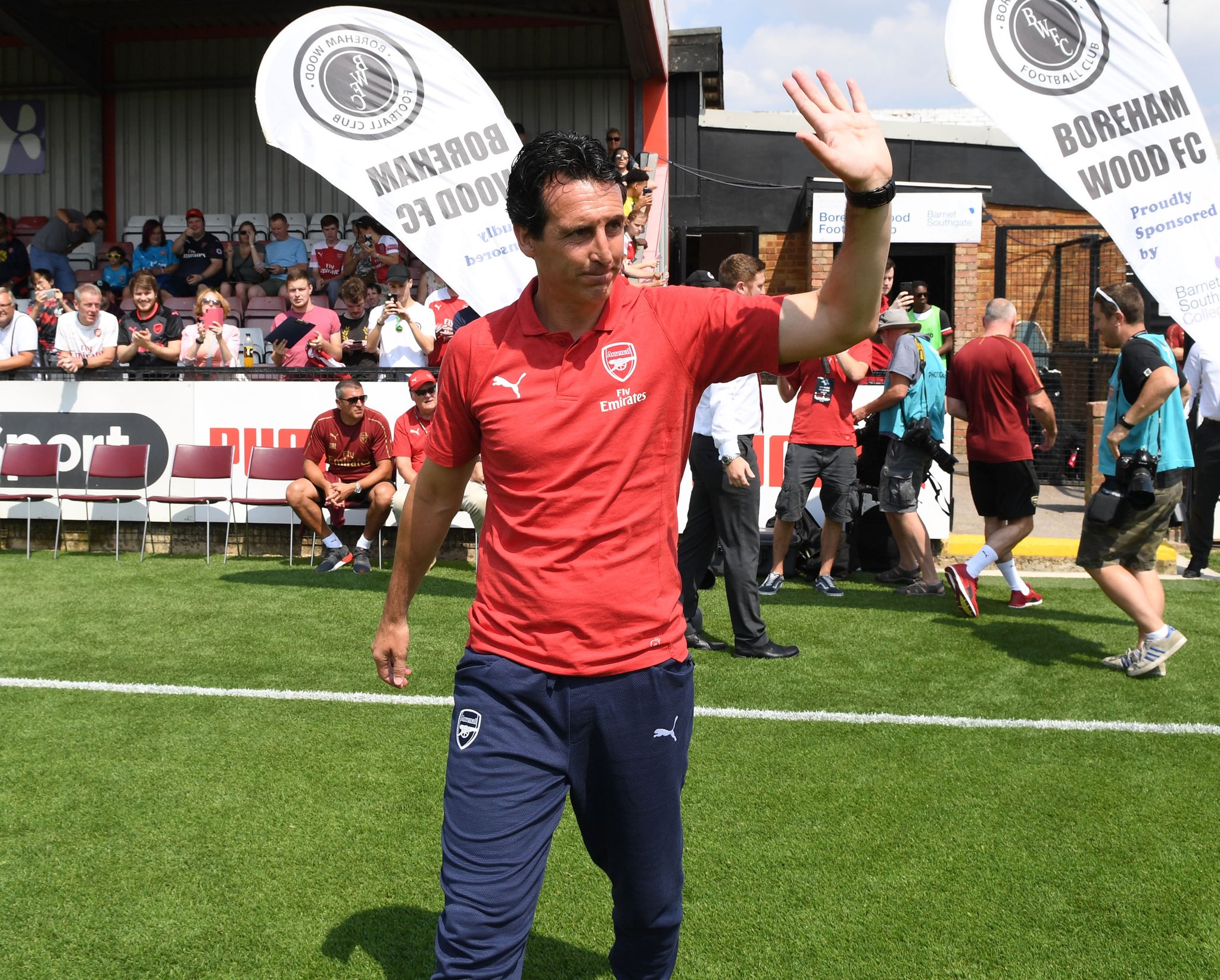 Arsenal manager Unai Emery has for long been saying that he will appoint five captains in his squad and he has finally revealed those players and they are those that the supporters were expecting.

Arsenal will be playing against Manchester City on Sunday and the manager had a press conference on Friday and he said that he has chosen five players from his current squad to be the leaders in the team throughout the 2018/19 campaign, Laurent Koscielny who was the vice captain of Arsenal last season takes the position of being the main captain even though he is injured.

“The captain of this group is Laurent Koscielny, who is injured at the moment.” the manager told Arsenal.com.

“After Laurent, our other captains are Petr Cech, Aaron Ramsey, Mesut Ozil and Granit Xhaka.”

Laurent Koscielny was the captain of the gunners last season in most matches since the main captain, Per Mertesacker was not usually available but he too will now also have to wait for four months before he makes his return to football after sustaining a knee injury a few months ago.

Many Arsenal supporters were expecting Unai Emery to choose Aaron Ramsey as the main captain because he has praised the Welsh international many times and even said that he hopes to create his squad around the midfielder but he chose Laurent Koscielny who was already doing that job last season.

Unai Emery choosing Petr Cech among the captains has given the goalkeeper some hope that the new manager might use him more this season even though most reports claimed that he was going to favour Bernd Leno since its him who signed him.

Arsenal supporters are also happy that Mesut Ozil and Granit Xhaka have been chosen among the five captains especially the Swiss international who even sometimes is clearly seen talking with players when given the captain’s arm band.

Unai Emery Reveals The Message He Tells His Players