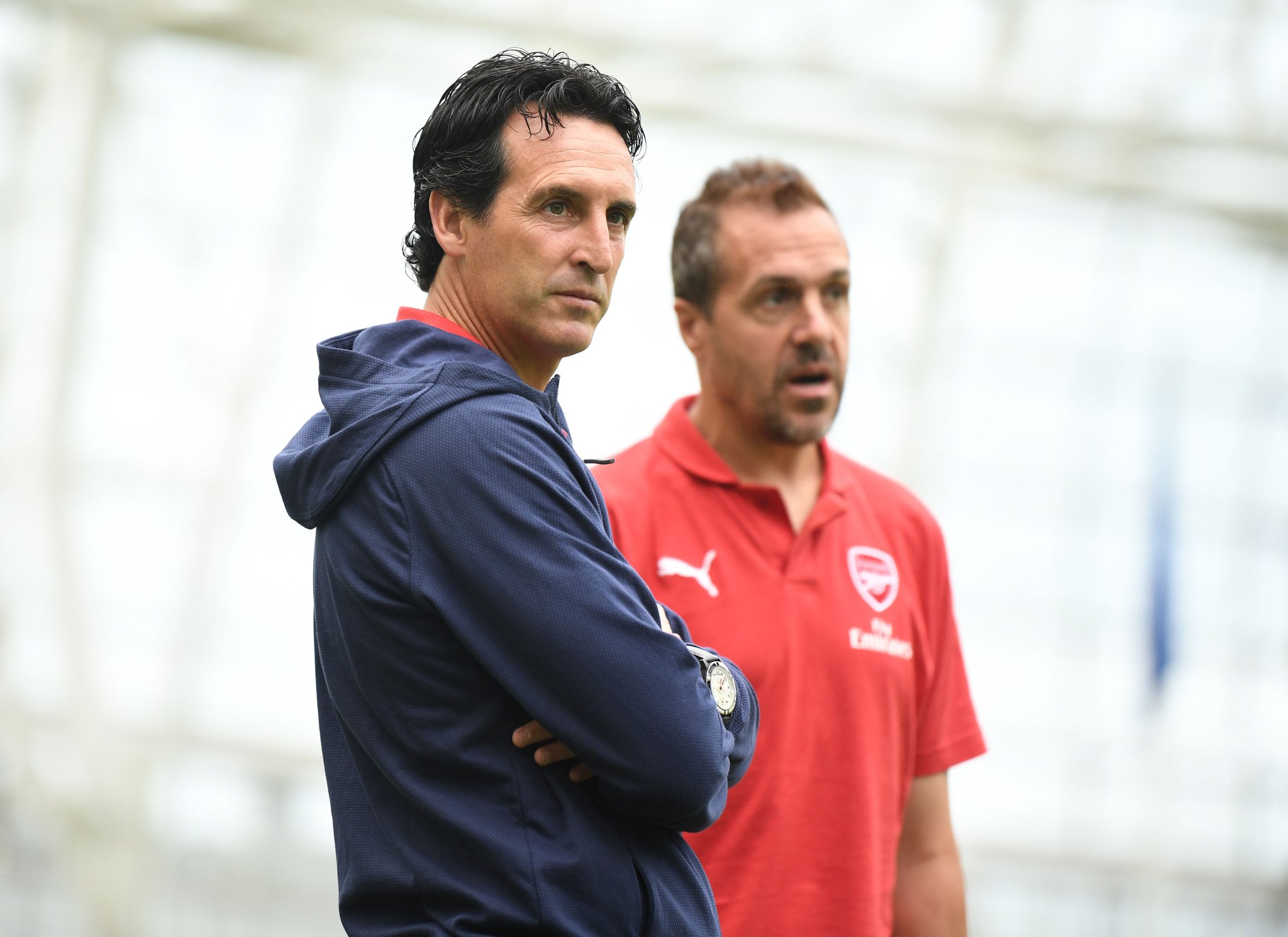 Arsenal signed five players in this transfer window and Stephan Lichtsteiner and Lucas Torreira finally had their debuts yesterday when the gunners faced Lazio in Stockholm last night.

The Arsenal supporters were happy with the performance of the duo and were hoping that they should be among the starting eleven in their season opening match against Manchester City next week. Stephan Lichtsteiner and Lucas Torreira just started training with the rest of the Arsenal squad last week, and have played just one pre-season match.

Arsenal manager Unai Emery was also asked if Stephan Lichtsteiner and Lucas Torreira were going to be available for their match against the Premier League Champions and he confirmed that they could be chosen among the starting eleven if they prove to be much fit than the other players.

“In the first week it’s clear that they’re not at their best physically, but we want to continue working with them.” Unai Emery told Arsenal Player.

“If they are OK physically, mentally and in their performances and better also than other players who were working with us, we could choose them in the first XI.”

Arsenal supporters believe that Stephan Lichtsteiner should be in the starting eleven in their match against Manchester City after the former Juventus defender showed that he is a nonsense player as he looked very sharp and strong during their pre-season game against Serie A club Lazio.

Lucas Torreira looked very low in morale in Arsenal’s match against Lazio but the gunners will be hoping that the midfielder finds his rhythm soon because his performance for Uruguay in the FIFA World Cup was very extraordinary.

Unai Emery will be hoping to get a win against Manchester City because he will be hoping not to get criticism from the Arsenal supporters after his first match at the club.