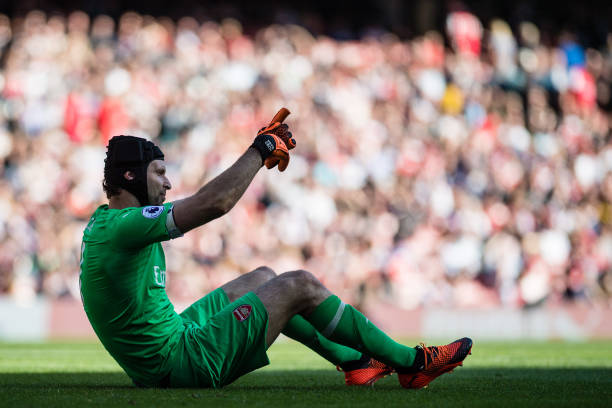 Arsenal goalkeeper Petr Cech was subbed off from their match against Watford after he sustained a hamstring injury and got replaced by Bernd Leno who was eagerly waiting to make an appearance in the Premier League.

Petr Cech had an impressive performance in the few minutes he spent on the pitch on Saturday because Watford pressed the North Londoners and had some good chances to score but the Czech Republican international was at his best until he got injured.

Bernd Leno replaced Petr Cech in the last minutes of the first half and he luckily had a fantastic performance against the Hornets as he made sure that the North Londoners got the three points with a clean sheet. The Arsenal fans are disappointed that Petr Cech has got injured but will be looking forward to seeing Bernd Leno in action in the Premier League.

“I don’t know now. We will look tomorrow. I hope not more than maybe two or three weeks he can stay with this injury. It’s muscular.” the Arsenal boss told Arsenal.com.

He however did confirm that it is a hamstring injury, Unai Emery will probably reveal the time which the veteran goalkeeper will spend on the sidelines in his next press conference.