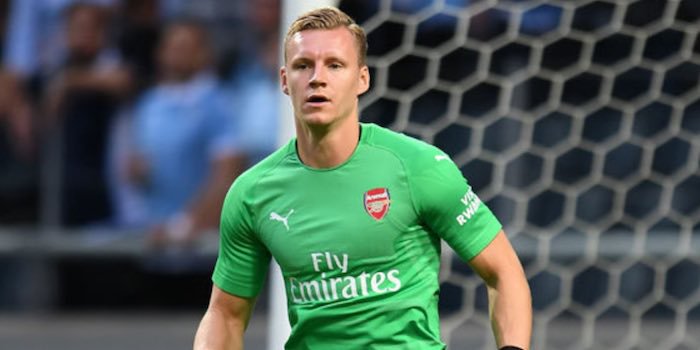 Arsenal’s match win over Vorskla on Thursday night was highly awaited by most supporters of the gunners because they wanted to see some of their stars in the second team in action for the first time with one example being Bernd Leno.

Bernd Leno arrived at the Emirates Stadium in the summer transfer window this year but the German goalkeeper has failed to become Unai Emery’s first choice goalkeeper and has been on the bench in their last five Premier League matches.

Unai Emery decided to give him a chance on Thursday night and put him in the starting eleven that faced Ukrainian club Vorskla and the new goalkeeper was hoping to use this match as a way to prove to the boss that he should be his first choice, the gunners have failed to keep a clean sheet this season and Leno was about to change that against Vorskla but the Arsenal defenders betrayed him as the visitors took advantage of poor defending from the gunners and pulled one goal back before later scored their second of the day.

So Bernd Leno ended up conceding two goals but now the question is does this mean Petr Cech is better than him in terms of performance?

There are some positives from Bernd Leno’s debut and one of the things observed is that he doesn’t have a hard time when the defenders pass the ball to him unlike Petr Cech who is always under pressure when he has to pass to a player and not shoot the ball in the air.

So it will be interesting to see whether Unai Emery does give Bernd Leno some chances in the Premier League.