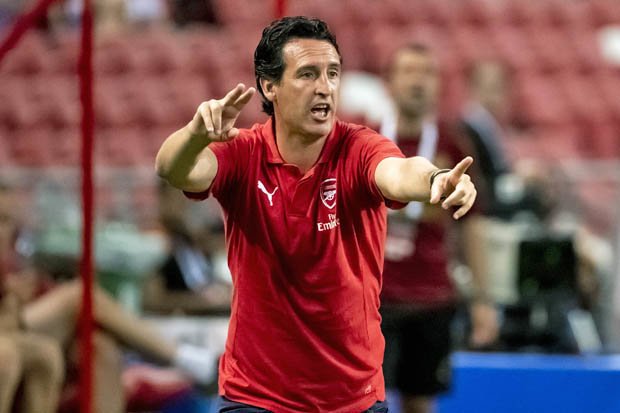 Gone are the days when we would all be frustrated that our beloved Arsenal would aim to finish 4th and a sweet victory over Spurs would be the icing on the cake.

The result was not bad by the look of things. Arsenal were consistent, shareholders got their returns and Arsene Wenger retained his position by the sidelines. Like children in a marriage of Convenience, the fans were powerless and the Board was adamant.

It’s exactly a little of 3 months since Arsenal Football Club parted ways with Arsene Wenger but it feels like a long time ago. Unai Emery was appointed as the new manager before the start of the season. The fans will be anxious to know whether the club will finish higher than last season’s 6th position or would they slide lower on the League table?

This season started with a difficult test against Manchester City. The team showed signs of improvement as they pressed well. Despite that, the mentality was questioned early in the game as they found themselves 2 goals behind. The attack seemed toothless in the final eighteen even on a day Ederson almost gifted Özil with a chance to score a free goal. Manchester City won that game but they beat a team that was working at 30%. The next game was Chelsea, at the Bridge. This result was somehow unfair for Arsenal.

The team looked sharp and created early on but fell behind after Aubemayang missed a clear opportunity making Morata look like Cristiano. Pedro scored the second. The fans feared for worse. In the second half, we saw a different team altogether and it was 2-2 in no time Iwobi and Mkhitaryan on the Score sheet. They had a few more chances to take the lead but it was not to be. We lost the game by a M. Alonso late effort. Many fans went away thinking we could have won the game. Four games later we record 5 wins in all competitions and a clean sheet against Everton was a clear sign that the gunners had improved.

How far will Arsenal finish?

Looking at the way the team is progressing and the passion Unai is injecting into the squad, they will finish top four. I have watched the teams Unai Emery has managed in the past and have noticed something in common. They never give up. If the team can respond to his idea

s, there is no telling how far they can go up the table. Up front, the team has two of the best finishers in European football; Lacazette and Aubameyang.

Attacking options are plenty but the team has faced criticism on the defensive aspect of its game. We have seen the club recruit in that area to seal up the loose ends at the back. We have more than enough competition per position meaning only the performing players will start.

Furthermore Arsenal will have no pressure to achieve anything and many don’t expect much from them. This means they will play with a lot of ease compared to the other top 6 teams especially those playing in the Champions League. Unai Emery will have this season to come up with a team that will challenge for top honors next season, will he come up with the goods this season? I think he will, the team has enough talent to achieve the target. Arsenal will overachieve this season. They will be the team to watch out for!