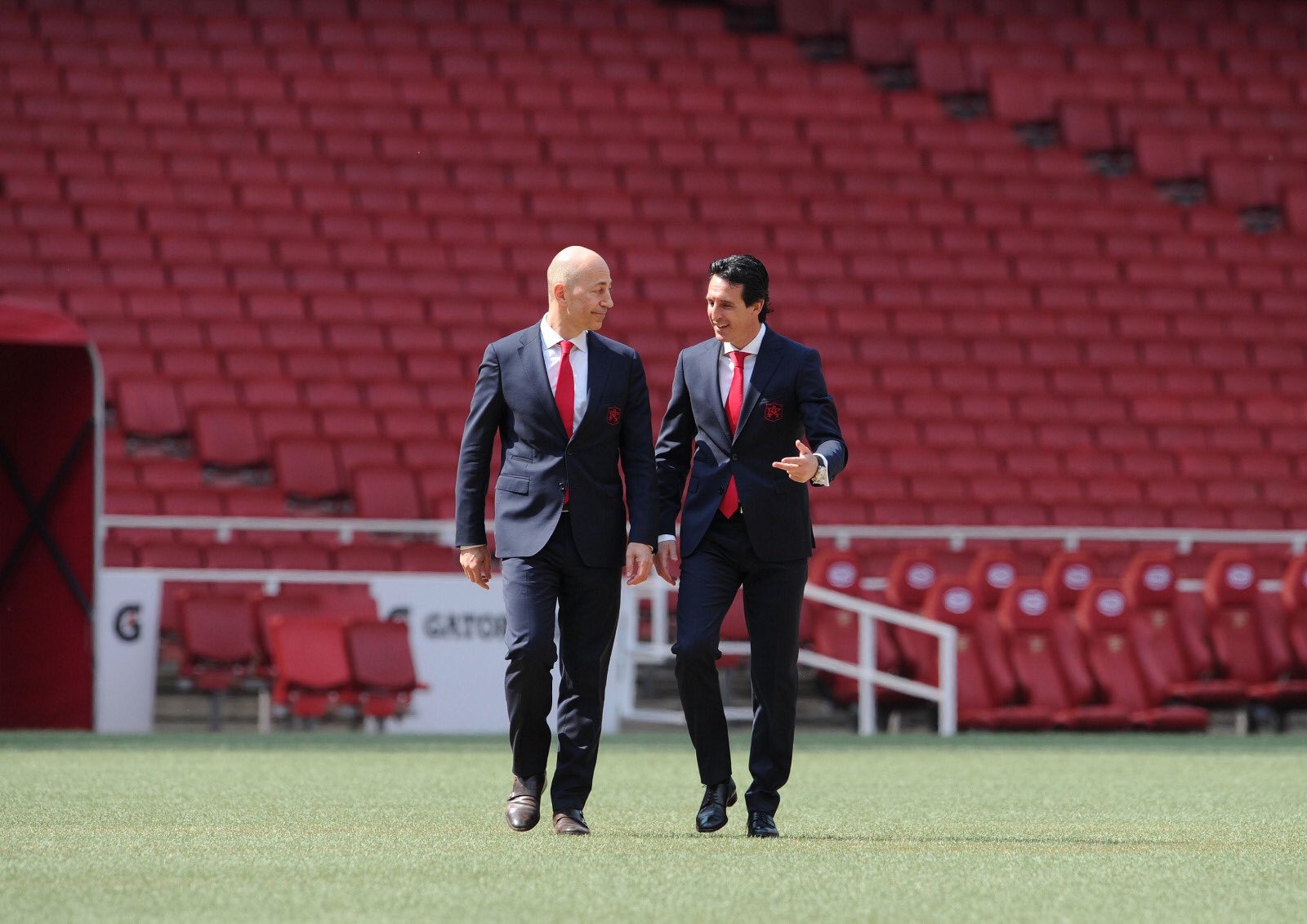 Ivan Gazidis has resigned from his position as the Arsenal CEO so that he could make his move to A.C Milan. Ivan Gazidis has a close relationship with current Arsenal boss Unai Emery because he might be among the people who made the decision to appoint him.

Arsenal fans were happy that their CEO was working hard with Unai Emery as they made changes at the North London club because it had been run the same way for 20 years but it’s interesting that the speech about change which Ivan Gazidis made, also included him in those to leave as the club tries to return to its past glory days.

Everyone was waiting to see what Unai Emery had to say about the departure of Ivan Gazidis and he finally did on Tuesday evening as he took to Twitter to send a good-bye message to his friend, and also confirmed that he is ready to work with new leaders appointed.

Thank you Ivan for helping me to be part of the @Arsenal Good luck. Exciting times ahead now with Raul & Vinai and all the staff. Let’s go! #forward pic.twitter.com/nPB3o0MfVV

“Thank you Ivan for helping me to be part of the Arsenal, Good luck. Exciting times ahead now with Raul & Vinai and all the staff. Let’s go!”