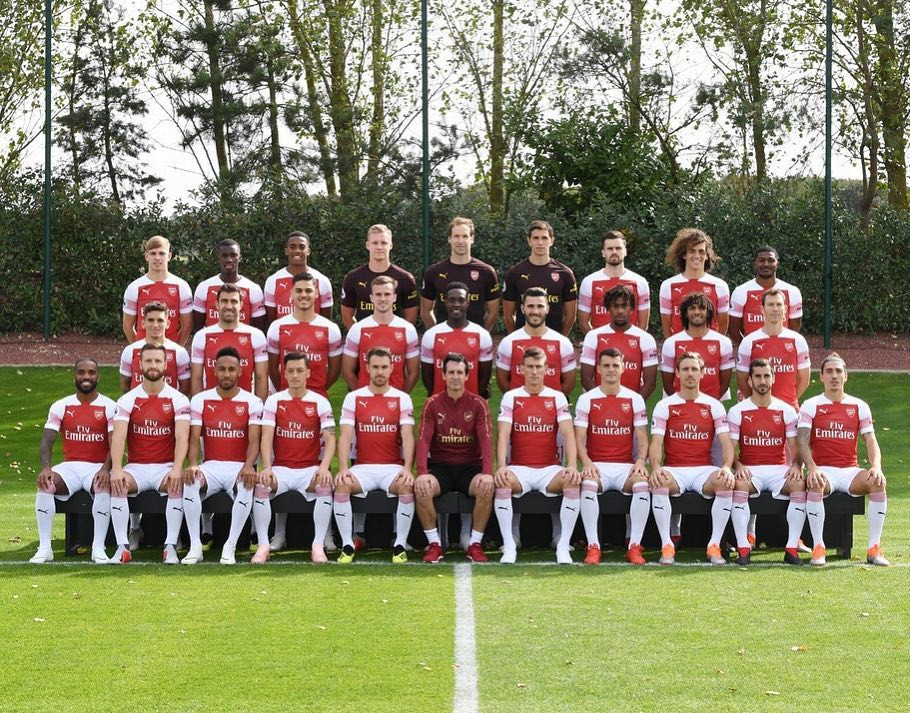 Arsenal has released its 2018/19 squad photo and it’s interesting to see that there is a number of new faces like Lucas Torreira, Bernd Leno, Stephan Lichtsteiner, Sokratis Papastathopoulos and Matteo Guendouzi.

This is Unai Emery’s first season at the Emirates Stadium and the new Arsenal boss has a strong squad but he has however also showed that he is like Arsene Wenger because he does believe in talented youngsters, he has surprised many by giving Matteo Guendouzi a start in all of Arsenal’s matches played this season so far.

Arsenal has already started sharing it’s 2018/19 squad photo on its various official social media accounts including that one on Facebook as seen below, the post has received good engagement as it has received over 100 comments.

As you can see in the picture above, the three not wearing red are the Arsenal goalkeepers which Unai Emery will be using this season, Petr Cech, Bernd Leno and Emilliano Martinez are fighting to be the first choice goalkeeper but the Czech Republican international has for now won the support of the boss.

There are also some youngsters like Ainsley Maitland-Niles, Emile Smith Rowe and Matteo Guendouzi in the squad photo so we will likely see them too in the upcoming matches in the Europa League. Forgotten Arsenal stars like Carl Jenkinson and Marvprous were also in the squad photo.

Mikel Arteta Speaks Out On Being Arsenal Manager Saga