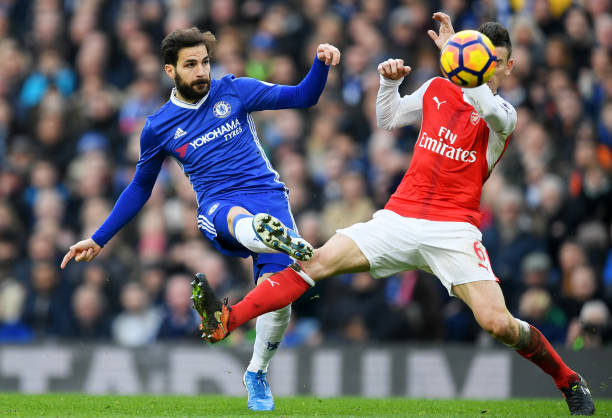 Cesc Fabregas has revealed he is open to a return to Arsenal if he is to leave Chelsea. The Spaniard’s contract with the Blues expires at the end of the season, and when asked about a move back to the Gunners, the 31-year-old said:

“Of course, Arsenal will always be in my heart and I will never forget them so why not return. You never know.”

Fabregas made his name in the top-flight, scoring his debut goal in the Carling Cup as a 16-year-old, but then left Arsenal to join Barcelona in the summer of 2011.

But things turned sour for Fabregas in 2014 as he was deemed excess to requirement at the Catalan club and therefore looked for a new club elsewhere, Arsenal failed to take up a buy-back option on the Spanish World Cup winner, he ended up moving to Stamford Bridge to sign for Chelsea.

Fabregas is currently playing second or even third fiddle to the likes of Jorginho, Barkley and Kovacic and only gets play time in cup competitions. He seems unlikely to sign a new deal with the blues and could seek a move in the summer or even in January.

Arsenal have a similar case with Aaron Ramsey highly likely to leave the Emirates in the coming months with his deal expiring in June 2019. A number of Arsenal fans are willing to accept Fabregas back as a replacement for Ramsey.