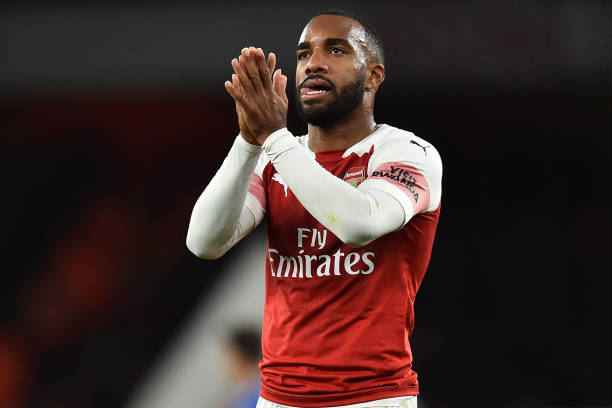 Arsene Wenger signed Alexandre Lacazette in the 2017 summer transfer window but the French international had a poor first season at the North London club because he even never got enough chances to impress.

The new Arsenal striker was under the management of Arsene Wenger for just one season and is now working with gunners new boss Unai Emery who arrived in May this year. Alexandre Lacazette has been impressive for the gunners this season because he has scored five goals.

Arsenal striker Alexandre Lacazette was at first not used by Unai Emery in the first Premier League matches because the new gunners boss didn’t trust him. But the French striker has since then got into Unai Emery’s first starting eleven and is among Arsenal’s best players.

Lacazette has revealed the difference in the tactics of Arsene Wenger and Unai Emery when it comes to handling him. The Arsenal player said on Premier League Today programme.

“With Arsene, yes (wanted me to stay in 18 yard box).With Unai it’s different. He wants me to play my game so do more runs behind and come more in the contribution of the game.” said Alexandre Lacazette.

Arsenal players will be hoping to see more good performances from Alexandre Lacazette this season because the Frenchman has shown that he could be a striker that the gunners have hoped for since the departure of Robin Van Persie.