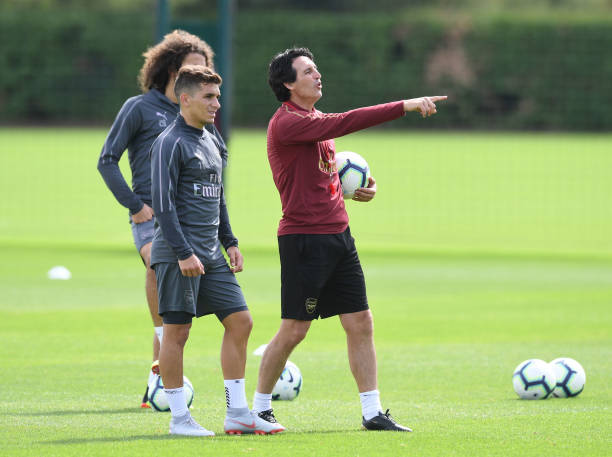 Arsenal signed Lucas Torreira from Sampdoria in the summer transfer window and the Uruguayan international has become a fan favourite at the Emirates Stadium even though he has been at the North London club for about three months.

Lucas Torreira was benched in Arsenal’s first three matches because Unai Emery believed that the midfielder wasn’t ready to be introduced to the Premier League, but the Arsenal boss has started using the Uruguayan international and the player has been one of the reasons why the gunners are on a winning streak of eleven matches.

Lucas Torreira has been praised by the Arsenal supporters for being a perfect defensive midfielder who they have for long been lacking in the last five years, they believe that he is a combination of Santi Cazorla and Francis Coquelin. Torreira has revealed what Unai Emery tells him to do when on the picth.

“The most important thing for me is try to bring balance to the team, to help the defenders and support the midfielders.” Lucas Torreira told Sky Sports.

“To try to help the attackers and to be constantly trying to help in ordering that. They are small things out there, but in the end they make a big difference.”

It has been observed that Granit Xhaka has become a better player after being paired with Lucas Torreira because the Swiss international now goes forward knowing that the Uruguayan international is behind him to give cover to the Arsenal defence.

Lucas Torreira has been considered as Arsenal’s best 2018 summer signing because he instantly makes impact when brought into a match as witnessed on Thursday when the gunners faced Sporting Lisbon, he made the pass that helped the gunners score their winning goal against the Portuguese club.

Lacazette Reveals How Unai Emery And Arsene Wenger Use Him Differently