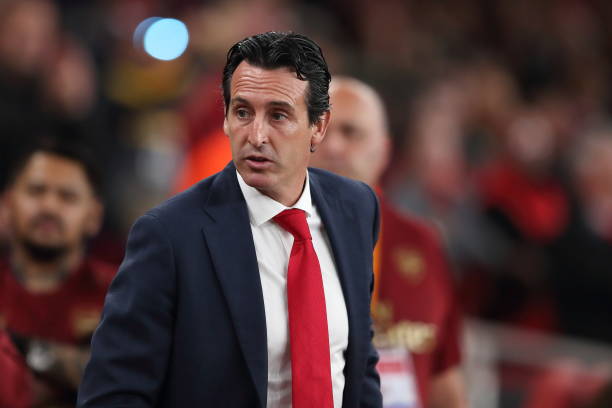 Arsenal signed five players in the summer transfer window but the supporters weren’t happy that Unai Emery didn’t consider signing a winger since that is a position which the North Londoners need this season.

Barcelona signed Malcom in the summer but the Brazilian international has found life hard in Spain because it isn’t easy to play for the Laliga champions which has much talent in the position which he plays in. He has only managed to play 25 minutes this season and this is just un fair to a talented winger like him.

It is however reported by Sport that Arsenal boss Unai Emery wants to sign Malcom on a loan deal in the January transfer window, it is said that the Barcelona winger is linked with a number of clubs including Tottenham Hotspur and Inter Milan but the report says that he prefers a move to the Emirates Stadium.

BARCELONA, SPAIN – AUGUST 15: Malcom of FC Barcelona runs with the ball during the Joan Gamper Trophy match between FC Barcelona and Boca Juniors at Camp Nou on August 15, 2018 in Barcelona, Spain. (Photo by David Ramos/Getty Images)

Malcom is a talented winger who would be a great signing for the gunners this season because Arsenal has been using Aubameyang and Mesut Ozil on the wings yet they aren’t natural wingers. So him coming to the Emirates Stadium would see him play on the wing and Alex Iwobi on the other side because that’s naturally their positions.

Arsenal Chief Raul Sanllehi has already said that the gunners have not yet identified any player to sign in January but said that they will do so if it’s necessary so Malcom coming to the Emirates Stadium on a loan deal is very likely.

Aaron Ramsey Makes Panic Statement About His Future At Arsenal