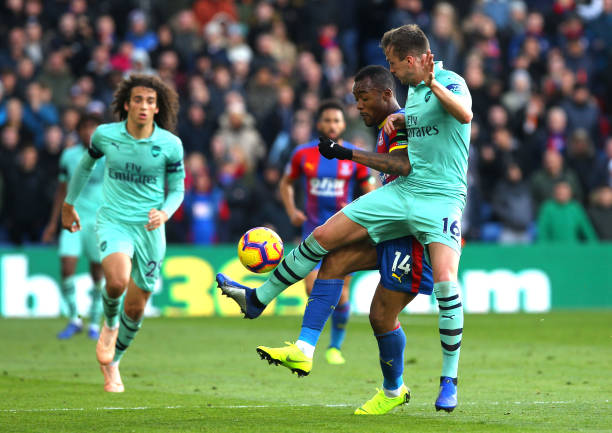 Arsenal played Crystal Palace on Sunday and the gunners came into this match with the aim of continuing their winning streak but the Eagles had a perfect performance and almost defeated the gunners.

So let’s take a look at a few reasons why the gunners made a 2-2 draw with Crystal Palace on Sunday.

The Arsenal team was heavily attacked by Crystal Palace on Sunday and the defence failed to remain composed because the Eagles were able to get many chances which could have resulted into goals if the gunners weren’t lucky.

All of Crystal Palace’s goals were scored via penalty spot kicks and both challenges that resulted into penalty awards were very cheap like the one by Granit Xhaka, he could have at least made a run towards the player instead of taking him down. And now the foul by Shkodran Mustafi was just very disappointing.

UNAI EMERY MADE MISTAKES IN SUBSTITUTIONS

Unai Emery subbed off Mesut Ozil to bring in Danny Welbeck when the gunners were leading by one goal, he should have at least taken out Lacazette who had a very poor performance on Sunday because he was making poor passes , not creating any chances and always losing the ball. He should have left Ozil in because the German is very creative and would have helped the gunners score more goals.

And he now takes out Aubameyang who scored the second goal, Unai Emery really made a mistake this time when it comes to substitutions.

You can tell us the in the comments what you observed in Arsenal’s draw with Crystal Palace!

Arsenal Vs Blackpool Synopsis And Prediction