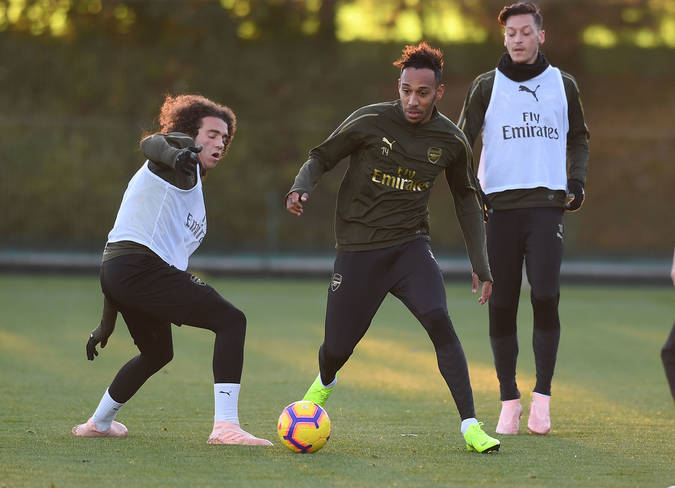 Arsenal faces Liverpool today at the Emirates Stadium and the gunners have come into this match with their best squad because the Reds are a tough opponent that shouldn’t be underestimated. Arsenal fans were worried about their team’s injuries in the defensive area but luckily, Bellerin and Kolasinac are back.

It is surprising how Unai Emery has decided to use Bernd Leno instead of Petr Cech yet he said that the Czech Republican international was his first choice goalkeeper but it seems the German shot stopper has won over his position in the last few weeks.

Mesut Ozil is once again captaining the Arsenal squad today that takes on Liverpool at the Emirates Stadium, the gunners will be hoping to see him prove the critics wrong which say that he goes missing when the gunners face big teams.