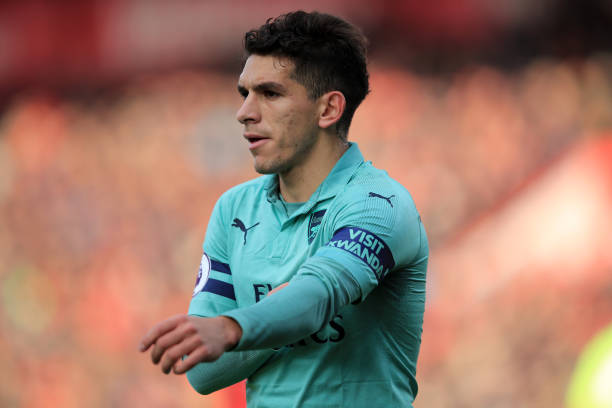 The gunners played against Bournemouth yesterday and won the match 2-1 thanks to goals from Lemar (OG) and Aubameyang. The second half had a lot of intensity after the gunners had taken the lead and Bournemouth now pushed for an equalising goal but the gunners held onto the lead until the referee blew the whistle for full-time.

Unai Emery surprised Arsenal fans when he decided to withdraw Lucas Torreira from the match to bring in Matteo Guendouzi, it was unexpected because the gunners were fighting to keep their lead and now removed their defensive midfielder from the game. Many Arsenal fans have criticized the coach for removing Lucas Torreira because they immediately lost balance in the midfield after the Uruguayan international went to the bench.

Unai Emery faced the press after the game and he has given a statement on why he substituted Lucas Torreira, and he says that the midfielder was tired.

“He said to us that he was a little tired and that there was a possibility [he could get injured].” Unai Emery told Arsenal Media.

“He was giving us good balance but also we have to be clever because he played with the national team for two matches and sometimes you need to listen to the players when they sometimes need rest.”

Arsenal fans will be hoping that Lucas Torreira is available ahead of the upcoming North London Derby, it will be a special moment for the new players because it will be their first time experiencing this game. Unai Emery will probably rest Lucas Torreira in their match against Vorskla on Thursday since there’s no pressure to win that game because they have already qualified.

Unai Emery speaks out on why he axed Mesut Ozil