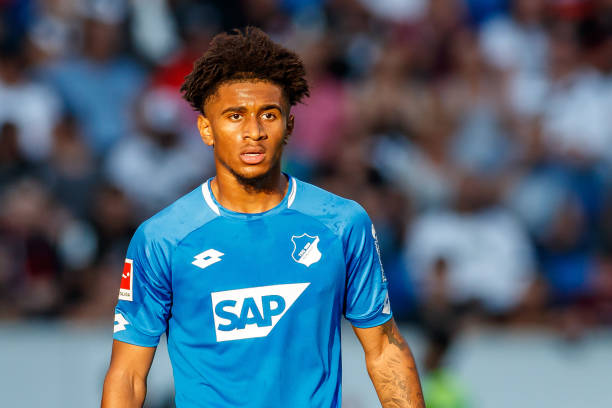 Arsenal is among the top teams in Europe that is well-known for promoting its youngsters to the centre stage in football and Arsene Wenger’s love for young players helped some of the current stars we know today to get recognized by the world. Arsenal youngster Reiss Nelson impressed in the pre-season tour in 2017 and got some few appearances in the 2017/18 season.

Arsenal fans were eager to see how Unai Emery was going to use Reiss Nelson since he had shown that he believes in youngsters when he signed Matteo Guendouzi from Lorient in the summer, but surprisingly the Spanish coach decided to let Reiss Nelson go out on loan to Hoffenheim which is a German based club.

Reiss Nelson has impressed in the German Bundesliga this season because he has so far scored six goals for Hoffenheim and he has averaged a goal every 64 minutes in the Bundesliga. Most of the Arsenal fans have already urged Unai Emery to bring Reiss Nelson back but he has never spoken about that apart from him praising him for his display in Germany.

Former Arsenal star Per Mertesacker recently retired from football and he was given a job by the North London club, he’s the coach of the youth team of the gunners. Mertesacker has said that he believes that Reiss Nelson made the right decision to join Hoffenheim on loan and claims that the Bundesliga suits him at the moment.

“I think he has done a brilliant job but that all fell into place because he wanted to go. He had a great opportunity but you need to take these opportunities and make sure you learn from those moments.” said Per Mertesacker when talking to Arsenal.com.

“Instead of being a first-team player between the under-23s and the first team, this is something different. It’s difficult to manage and I’m really pleased and glad that it’s worked right now for him. We have other prospects we really need to think about.”

“What’s their best path towards making an impact for our first team? There are different ways, different challenge.”

Report: Why Unai Emery will use Xhaka as a centre back against Southampton

Lucas Torreira wins an Arsenal award because of his impressive performances